It has been 30 years since Loreena McKennitt’s award winning album “The Visit” propelled her onto the international stage. Now, as part of a deluxe limited-edition box set with 4 CDs and 1 Blu-ray disc, fans for the first time ever will hear her album in their choice of Dolby Atmos or 5.1 surround. Additionally, the discs are housed in a hardback book which includes a 32-page illustrated booklet, plus when ordering directly from the artist’s site, a bonus hand-autographed 5” x 7” postcard is included.

Across the four compact discs, the first disc contains the original recording remastered in 2004, the second disc includes two archival performances from The CBC and NPR's World Cafe in 1992, the third disc features a 1991 interview with journalist Tim Wilson and a previously unreleased 2020 round-table discussion with Loreena and colleagues, while the fourth disc features a binaural headphone mix as well as a soundboard recording of previously unreleased 2016 trio performances.

Of greatest interest to surround and high resolution audio aficionados, the audio Blu-ray consists of three different formats: a 2021 Dolby Atmos mix, a 2021 5.1 surround mix, and a hi-resolution remastered stereo version from the original 1991 mix. The two different surround mixes have been created by the original recording and three-time Juno winning engineer Jeff Wolpert at his Dolby Atmos Studio Desert Fish in Toronto, Canada. Both are available as 48kHz / 24-bit multi-channel Dolby Atmos and Lossless DTS HD Master Audio. Clearly this Definitive Edition was made with the surround audiophile enthusiast in mind. The Blu-ray includes only the latest codecs, with no legacy formats such as compressed DTS nor Dolby Digital. The Blu-ray also contains a 96kHz / 24-bit LPCM stereo mix, but let’s first stop by for a listen to the surround version.

When I first heard McKennitt’s music over 30 years ago, I was instantly impressed how easily she coalesced celtic and folk-rock together. Additionally, as a lifelong audiophile, I also was immediately astonished by the excellent audio quality that has now been further accentuated and broadened into the surroundscape on this definitive reissue of The Visit.

It is a delight to be immersed by the discrete surround mix literally from the very moment the album starts. Her magical sound that blends the various instruments she plays throughout the album includes, Accordion, Harp, Piano, Vocals, and Bodhrán. On the opening track “All Souls Night” the haunting string parts fill the back channels while rhythmic beats gently parade around upfront with McKennitt’s vocals soaring over top from the center speaker. Light ambience fills the space, enhancing the depth of the mix, providing a wide soundstage.

Like a gentle breeze, McKennitt’s vocals flow across a cavernous space, emanating from the center channel on “Bonny Portmore,” then sailing onward into the rears, while synthesizer parts drift across the front channels. The base Saufley resonates at the bottom between the front speakers and into the subs, with secondary cello and violin parts falling into the back channels.

I especially like the instrumental track “Between The Shadows” wherein percussion and drums dance across the front channels, accompanying the melody played by the fiddle. Dynamics become more apparent allowing for one to notice the superlative openness with greater ease. In fact, the overall 2021 multi-channel mix is extremely well balanced, providing plenty of clarity for each instrument and improved distinction of the surrounding ambience.

Her lovely version of the traditional song “Greensleeves” continues to envelop listeners in the surroundscape with synthesizer parts swelling from the rears while the acoustic guitar is slightly delayed from the front right to the back right channels, all while McKennitt’s voice impassionedly sings from the center speaker. The mix is extremely congruent with all channels in use at all times throughout the album. This is truly an excellent discrete immersive listening experience.

“Courtyard Lullaby” offers a mystical sound both from the harp and synthesizer parts which have been spread across the front and back channels respectively. The overall transparency of this release is very high, making for a free flowing and relaxing listen. While much of the palette is bound to acoustic instruments, synth parts dabble in engaging sounds that modernize the genre into the rock realm.

The stereo LPCM 96kHz / 24-bit remastered version is somewhat unique from both the surround and Atmos mixes. Of course, the obvious is it is flattened down to stereo, however Wolpert has expanded the soundstage on the new mixes in the front speakers for some elements, including the percussion and drum parts, along with increasing the roundness of the bass. Additional balance adjustments were made on the new mix, yet overall, they have many similarities that make each version compelling. In general, I felt the timbre between the two mixes was extremely close, and dynamics along with mastering volume to be in indistinguishable. Often I can hear the smoothness of the 96kHz codec, but I can’t say that this really hit me in this case. Thus, for stereophiles, the Blu-ray is still perfectly compelling. Plus, for analog collectors, a 180 gram vinyl version is available as a numbered edition that also includes a free digital download coupon.

Highly recommended for surround enthusiasts, fans of Loreena McKennitt, and Celtic music aficionados. A spectacular sounding album that has been wonderfully improved. 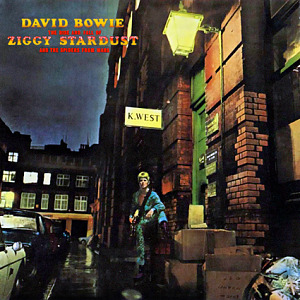