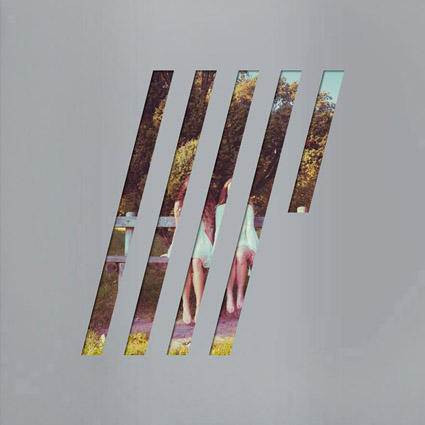 Keeping his fans close at hand, Steven Wilson has once again released an interim short album before his next full length album. Comprising of six tracks with a running time of 37 minutes, The Blu-ray edition of 4 1/2 includes high res stereo mixes and naturally also includes 5.1 mixes of all the songs. A vinyl or CD only version are also available.

Drawing from four additional songs from the Hand. Cannot. Erase. Sessions, along with another one from the recording sessions for The Raven That Refused To Sing, plus a new version of “Don't Hate Me,” a song first recorded by Porcupine Tree back in 1998, contributors on 4 1/2 include Theo Travis , Adam Holzman, Guthrie Govan, Nick Beggs, Marco Minnemann, Chad Wackerman, Dave Kilminster, and Craig Blundell.

Fans who pick up the Blu-ray also get six bonus instrumentals and alternative mixes including a 5.1 mix of the 2015 version of Lazarus. Download codes are also included with the Blu-Ray & vinyl editions of the album in a choice of 96/24 FLAC or MP3.

It has really come down to whether or not you like the material rather than the amazing sound quality and surround mix on Steven Wilson’s solo releases. His audio engineering chops are literally the best in the world, and while there are several others that rank up there with him, only a handful have had as much surround mixing experience under their belt. From the moment the listener presses play their room is filled with aural ecstasy that engages them into the sonic world of the six songs presented on 4 1/2. Within the first track many guitar textures and colors abound from the center channel while keyboards swell from the back. Drums sweep the front with bass deeply anchoring the mix. There is absolutely nothing out of place with each part fitting perfectly in its given space in the sound scape, yet you’d likely never have guessed that the basic tracks were taken from a live show in Montreal. There is a pop sensibility to the opener “My Book of Regrets” with Wilson’s vocals stretching from the front channel to the rears., meanwhile many genres are easily crossed from Progressive to Metal, making it difficult to pigeon hole Wilson into one specific musical category.

You don’t need a monitor to start this Blu-ray, unless you want to see the pictures that change from track to track. After loading, just press play and the DTS MA Audio 24bit / 96 kHz 5.1 surround sound version will begin. The second piece “Year of the Plague” is a gentle arpagiation primarily performed by Wilson on acoustic guitar and piano with a haunting sampled violin, voice choir, and glockenspiel, each adding depth. The three front channels receive most of the attention with subtle reflections from the rear. But as this short song opens up the mix widens, adding parts and dynamics that gently encompass the listener.

For this fan, it is pieces like the fourth track “Sunday Rain Sets In” that make me a devotee. From the moment the vibrato guitar strums the first chord an eeriness sets in, which is embellished by Theo Travis’s flute work. While the DTS MA codec is excellent, I found the LPCM 24bit / 96kHz to have greater channel separation and a tighter bass. Although I love throaty thick bass, there is a pure cleanness that is heard on the LPCM surround sound version. These subtle, yet noticeable codec differences are something I can’t explain, but have heard on other high resolution releases. I can only say, each listener will need to decide which version is best for them. And while you are doing that, a highly dynamic doom metal riff will blow you away as this track nears its end.

The surround sound extraordinaire goes to the fifth track “Vermillioncore” with parts bubbling from the back channels while the heavy drum work of Craig Blundell pound from the front with Wilson’s guitar and bass work pulling it together. Nick Beggs adds a nice stick solo that first emanates from the left channel, and then answers from the right. As with the preceding pieces, the sound quality continues to be top notch.

As 4 1/2 closes with a new rendition of Porcupine Tree’s “Don't Hate Me” from their Stupid Dream album, one must realize that while this release is short by modern day standards, it snuggly fits on a single vinyl LP. Of course, analog audiophiles can get their hands on a 180gram pressing, but the Blu-ray also includes a stereo LPCM layer that is superlative and merely folds the surround sound mix into two channels. Like the LPCM 5.1 version, the 2.0 version is wide and still contains plenty of bottom and depth. I will leave it to the listener to determine their favorite rendition of this classic track, with only one comment, just take in mind the engineering and artistic experience Wilson has had since then, and you’ll find that the decades between them are wildly different!

Don’t miss the extras, and especially the 5.1 bonus track of Lazurus. All in all this is another worthy addition to any multi-channel audio enthusiasts collection, a must have for Wilson fans, and certainly recommended for prog rockers and followers of Porcupine Tree. Simply put, the Blu-ray is the best way to go in my opinion, so here is another reason to upgrade your system if you haven’t yet.