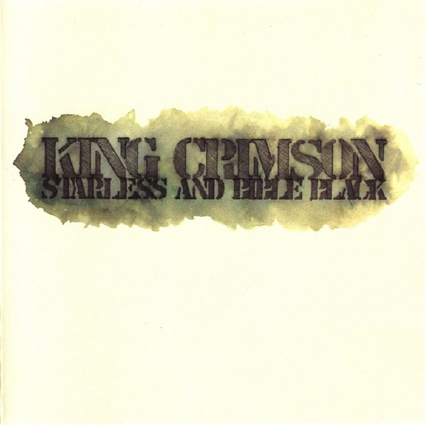 This DVD-A/CD edition of King Crimson's "Starless and Bible Black" features new 5.1 surround sound mixes by Steven Wilson and stereo mixes by Robert Fripp and Steven Wilson, both in high resolution audio formats. Also included is some 1973 footage from New York's Central Park and copious audio extras and rarities, including Doctor Diamond and Guts On My Side.

An experimental hybrid of live material and studio recordings, Starless sits between the astonishing re-inventions of Lark's Tongues In Aspic and Red.  Essentially a live album, a hybrid of improvised in-concert material and studio recordings, so finely dovetailed together it's difficult to tell them apart. When first released, the public wasn't aware that the majority of the album was recorded live, since the audience was carefully edited out.

Only two tracks on the record (The Great Deceiver and Lament) were fully recorded in the studio. The Night Watch contained a live introduction, while the instrumental backing to The Mincer was excised from an in-concert improvisation with vocals overdubbed later. The rest of the tracks were taken from concert recordings from the UK and Europe.

Some live tracks generate explosive power, while others like Trio is a very tranquil piece that just features violin, bass guitar, mellotron, and flute. The two studio tracks are nice and present a wide range in dynamics, it is the crushing volume and avant-garde tendencies of the improvised tracks that really hold our attention.

As with other albums in the King Crimson CD/DVD-A series, the stereo CD features a new stereo mix by Robert Fripp & Steven Wilson, while the DVD-A features 5.1 mixes of the album by Steven Wilson, along with high resolution stereo mixes of the original & new stereo mixes.  We continue to be delighted with these re-issues, finding the engineering and use of surround sound provide an excellent listen.  It should be noted that as a result of lost multi track tapes both the Trio and The Mincer have been up-mixed to 5.1 by Simon Heyworth & Robert Fripp.    While these up-mixes present a narrowing of the soundscape and less distinction on location of instruments in the mix, they still are remarkable to listen to in surround sound.

We see no reason to overlook this release, and know that any King Crimson fan will include it in their collection.