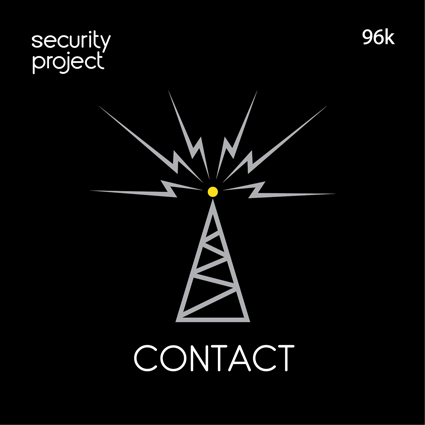 It is not often to find cover bands that are effectively supergroups made up of stellar musicians, each who can so easily add to the depth and character of the original music they are covering. Yet, the Security Project is just such a band featuring such notable members as: drummer Jerry Marotta who played on Gabriel’s first five albums, plus former King Crimson guitarist Trey Gunn and former Shriekback guitarist Michael Cozzi along with David Jameson on Keyboards. The band started performing in 2012 in recognition of the 25th anniversary of Peter Gabriel’s Security release, generally playing material from Gabriel's first five albums. In October 2016, the band added Happy Rhodes as lead vocalist, and began including Kate Bush songs in their repertoire.

Fans of Gabriel are keenly aware that many of his songs have been living pieces, slowly evolving over time, occasionally with chord and melody changes. “The Security Project adds their own unique interpretation while also holding true to the essence of the original songs. As a Gabriel enthusiast I found this approach to be refreshing which magnificently takes listeners on a high-octane drive through his ever so progressive early period.

But, not only is it the outstanding performance of the music taken from several recent Security Project shows, it is the wonderful sound that is delivered in high resolution stereo that will get you. The 24bit / 96kHz lossless downloads that come with a purchase of a CD copy through their BandCamp page are a pure delight. Available in Wave, Apple Lossless, or FLAC, I am reviewing the FLAC 24/96 version here.

Undeniably over the past couple of decades recordings of live rock concerts have dramatically improved, often matching the level of clarity heard on many studio releases. This is magnificently evident across the eleven songs on “Contact” where listeners will easily hear the sparkling cymbals and crisp gated tom and snare hits that keep the rhythm on “I Don’t Remember.” Guitars glisten while the bass sinks deeply into the bottom and keyboards spread across the soundstage. The audience adds clapping before and after each song, but become unnoticeable during the performance.

In their creative style lead vocalist Happy Rhodes smoothly penetrates up front in the center on “Intruder.” Keyboards sprinkle out the introduction over the powerful drums and prickly guitar which spreads toward the left channel. Backing vocals fall across the soundstage pumping alongside the rhythm.

I generally found the dynamics to be very good, and absolutely was mesmerized by the transparency of this very well balanced high resolution stereo mix. With a very ambient intro to “Games Without Frontiers” the mix spreads widely extending to the outer edges, layering in guitar effects before leading into the clocked out beat of the song. Yet, I never really felt myself falling into the soundstage, rather I was completely immersed by a wall of pure sound that is effectively distortion free.

From the first moment I heard the music, I was delighted by the sound quality, although I admit that it took a couple of listens to really gain full appreciation for The Security Project’s unique take on these Peter Gabriel classics. This release is an extremely worthy addition to any Gabriel fans collection, and certainly an excellent choice for all high resolution enthusiasts who collect top notch audio recordings. Be aware that there is also a standard resolution version, so be sure to order from the 96k hi-res page!