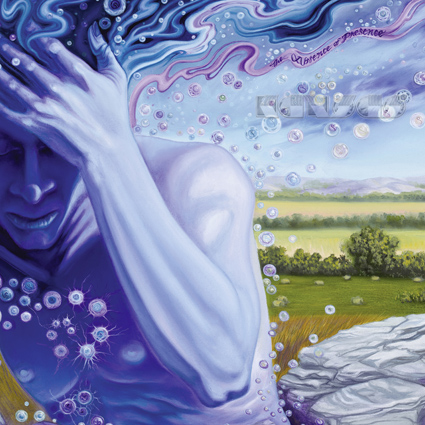 With a career spanning nearly five decades, Kansas has firmly established itself as an iconic American classic progressive rock band. Releasing their debut album in 1974 after being discovered by Wally Gold, who worked for Don Kirshner, the band has gone on to sell more than 30 million albums worldwide. Currently the group is comprised of original drummer Phil Ehart, bassist and vocalist Billy Greer, vocalist and keyboardist Ronnie Platt, violinist and guitarist David Ragsdale, keyboardist and vocalist Tom Brislin, guitarist Zak Rizvi, and original guitarist Richard Williams. In the early summer of 2020, they released “The Absence of Presence,” the groups sixteenth studio album. This wide-ranging progressive rock album, released by Inside Out Music, follows-up their 2016’s “The Prelude Implicit,” which debuted at #14 on Billboard’s Top 200 Albums chart.

Stepping up their game, they have arrived at the surround world with a CD + Blu-ray edition containing a 5.1 surround mix, The two discs are housed in a 6 panel digipack with a 16 page booklet. The Blu-ray contains a 96kHz / 24-bit 5.1 surround mix in both DTS HD Master Audio and LPCM, along with a 2.0 stereo mix in 96kHz / 24-bit LPCM version. The details to packaging and selection of high resolution audio formats are worthy of high marks. However, digging deeper, surround fans will likely be as underwhelmed with the surround mix as I was.

The Blu-ray contains both a DTS HD MA and LPCM codec for the surround sound mix. When I first check out a new disc, I listen to the differences between the various available codecs. In the past these had often carried extremely different color and tonal balance, but in more recent times there is no observable difference. While my ears sense a smidge of brightness with the LPCM codec over the DTS HD MA, frankly my perception is probably skewed by the historic bias towards LPCM. Have a listen yourself, although it may just be an exercise in futility.

The recording quality across the nine songs is extremely high yielding a transparent sound quality with absolutely no unwanted distortion. The overall mix is well balanced, making for a very musical presentation. Yet, I find the compression level to be extremely high, with the songs lacking in dynamics I would expect to hear if the band were playing around me. To that end the bass is not as punchy as I prefer, and even the guitars sound thin and zone in on the mid-range. Generally, for me the mix has a hollowness that leaves me wanting more. Yet, I can say that this is a fairly common style of mixing for hard rock bands, as I have heard it on other Inside Out label productions, and even on other heavier rock releases. Is it possible that my high fidelity ways are not the target market for this mix?

Digging further in, the immersive aspect of the 5.1 mix is probably the main question for which surround enthusiasts seek an answer. I will not sugar coat it – the surround mix is lame from my perspective and could have been so much better. Yes, synthesizers have been lightly placed discretely in the rear channels, along with some ambient reverb and echo from the drums, guitars, and vocals. However, the vast majority of the instrumentation and vocals have been spread across the front three channels, focusing the mix up front, with the back speakers acting only as accents. This certainly is not my preference, but I also can not say that the mix is downright terrible, as it is actually particularly good. Rather the mix is simply not an immersive experience, lacking in the room filling sound I favor and expect from 5.1 mixes.

So subtle are the use of the back channels, that switching between surround and stereo is almost unnoticeable. In many ways, I actually found the stereo mix to be more cohesive, the wall of dense sound permeates every aspect in a more unified way. Just having the integration of the ambient delays and additional synthesizer parts up front really provides a fantastic auralscape.

Touching only lightly on the music, I consider this to be a very good progressive rock album, covering all the bases from searing guitar solos to soaring vocals, from ballads to engaging melodies, and from sections built on peaks down into valleys of proggyness.

While I can not recommend this as an album for surround enthusiasts, I can absolutely recommend The Absence of Presence for progressive rock fans, high resolution audiophiles, and of course those, like myself, who have followed Kansas over their multi-decade career.