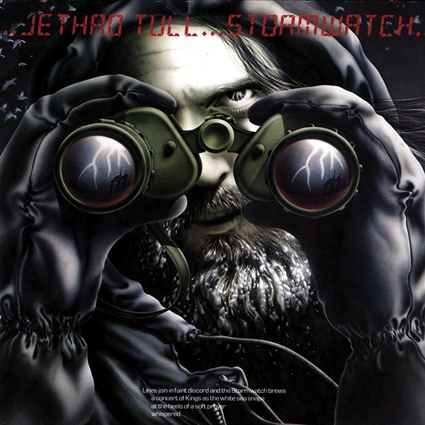 Stormwatch Force 10 Edition is the final album in a series of Jethro Tull deluxe anniversary editions to feature the group’s classic late-1970s lineup. Steven Wilson once again is back at the helm twisting and twirling the knobs for all new stereo and 5.1 mixes of the original album plus 13 associated recordings that are available in a 4 CD, 2 DVD box set package in a casebound book just like the others in the series. The new surround mixes are encoded as DTS 96k / 24-bit and AC3 Dolby Digital, along with LPCM stereo 96k / 24-bit versions of the new mix and a flat transfer of THE original mix. Also found on the DVD are - 15 associated recordings mixed to 96/24 LPCM stereo and five original mixes of previously unreleased songs from the sessions at 96/24 LPCM stereo, plus a full concert from the Netherlands recorded in March 1980.

Mixing engineer Wilson comments “Perhaps of particular interest to fans is the track “Orion” had been recorded as a significantly longer and more complex piece before being edited down to less than half its length for the album. The complete unedited master has been mixed and is presented here as part of the associated recordings for the first time.”

Originally released in 1979, Stormwatch completed a folk-rock trilogy the group started in 1977 with “Songs from the Wood” and continued the next year with “Heavy Horses.” The stellar lineup of musicians includes leader, vocalist and flautist Ian Anderson, guitarist Martin Barre, bassist John Glascock, keyboardist John Evan, composer David (aka Dee) Palmer and drummer Barriemore Barlow, all who helped culminate a decade of incredible progressive rock music that defined the genre.

I first listened to the original stereo version ascertaining the differences in balance and treatments compared against the new Steven Wilson mixes. While for some listeners the variations might not be noticeable, I hear improvements to these new mixes including greater tingle on the guitars, a much bolder and fatter acoustic piano, plus a plumper kick drum and snappier snare. The overall improvements also convey a wider soundstage that is very open, yielding a greater transparency. I typically have a bias toward the original stereo mix, as my ears have been tuned to classic albums like this over decades of repeated listening. Simply put, there are creative aspects of an original mix that are near impossible to duplicate. However, this new mix is truly an advancement, I find it to be a lot more enjoyable to listen to, even with the subtle differences that have brought it into the 21st Century, providing superior life along with a refined overall balance and tonal quality.

Moving onto the surround mix seemingly yields a front centric mix, however taking a listen to the AC3 versus the DTS codecs, one will likely notice that there actually is a lot of action occurring in the back channels. I attribute this to the lack of bass and overall thinness found on the AC3 version, allowing the back channels to become more noticeable when compared to the DTS version that bares fabulously full bass and an enhanced spectrum of sound that tends to focus toward the front channels. Wilson does clearly make excellent use of the back channels with discrete elements, nicely opening up the mix, all while providing a deep space across the room. For some immersionists this still may not seem to be enough, however I feel there is plenty of creativity here to enjoy the 5.1 mix.

The 2019 Force 10 edition also improves on dynamics and overall clarity, providing for a lovely wide mix with absolutely perfect balance among all of the parts. The third track “Home” exemplifies this, with strings falling to the back and focusing towards the right channel. Ian Anderson‘s voice is firmly placed in the center channel along with the sparkling acoustic guitar. Check out the electric guitar soaring across the front channels from left to right, and the use of ambience around the entire soundstage adds enormous depth and distance across all of the instruments.

The on screen graphics features a pair of binoculars looking at images that slowly change throughout the entire album while overlaying the track title. Compared to the stereo mix, “Dark Ages” is like listening to an entirely new song. The unique characteristics of the multi-channel mix gives ample way to each part which are somewhat blended on the stereo version. Take note to the acoustic piano which sounds amazingly distant while the keys are poignantly struck. The string effects that buzz in from the rear absolutely carry this piece lending to its eeriness while showing off the enhanced punchy dynamics of the bass and drums.

“Old Ghosts” indeed will delight surround enthusiasts with its in depth immersion featuring pronounced elements in the back channels including strings and keyboard parts. Anderson’s vocals stretch across the soundstage hitting the back wall, giving him a larger than life sound. The refined clarity of the vocals are spot on, with a sensation that Anderson is singing right in front of me.

Composer David Palmer’s song “Elegy” is probably the most beautiful on this album. This piece has a very traditional feel and will pleasantly immerse listeners in a surroundscape. Strings fall to the back while the flute and acoustic guitar spread across the front channels. There is an eloquent sparkle to the guitars and a lovely breathiness to the flutes. It is moments like these in my surround high resolution listening when I become so pleased that artists, producers, and engineers have come together to bring this kind of audiophile material to fans!

Although the original album may have ended, the Stormwatch Force 10 edition is merely at the eye of the hurricane. This set contains a second DVD chalk full of additional hi-res tracks, over a dozen also newly mixed in surround sound and stereo by Steven Wilson. There is a wealth of material to spin through, including raw unfinished tracks to alternate versions. Listeners will be immersed and find themselves engaged with Tullness to the extreme with instrumentals and bluesy pieces. Although the overall sound quality is very high on the second DVD, it falls slightly short compared to the actual album remixes and recordings, but, let us remember these were probably never considered to be released. Some are unfinished, and that is OK, they are a wonderful set of associated recordings that expand on the Stormwatch period.

The first two CD’s literally mirror what is found on the two DVD’s, while the final two CD’s contain the band live In Den Haag in 1980. Just as the previous Jethro Tull 40th Anniversary series, the six disc set is housed in a casebound book that has pages of commentary and photos.

Recommended for fans of Jethro Tull, collectors of surround sound and hi-res classic album remixes. Progressive rock enthusiasts certainly should consider picking this up too, but their earlier albums are a better place to start. Some may balk at the higher price for this deluxe edition at around $45 US, but given its extended content, I found it to have good value. 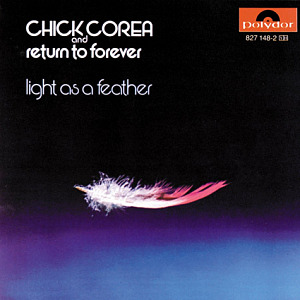