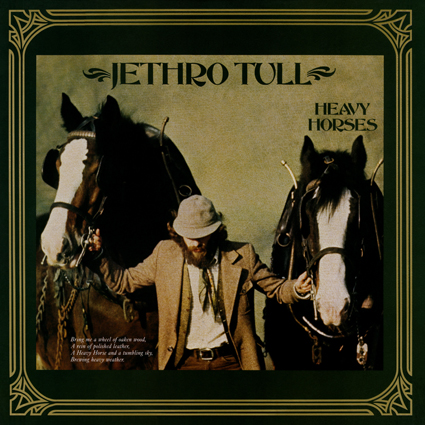 A half century after progressive rock band Jethro Tull hit the British music scene comes the 40th anniversary “New Shoes” edition of their 1978 “Heavy Horses” Album. Following in line with the previous anniversary releases, the 3CD / 2DVD box set on Parlophone Records features the original album with an additional nine bonus tracks, seven which were previously unreleased. Also the set contains a live concert from May 1978, plus the two DVDs featuring the original album, the bonus and live tracks which are respectively mixed in 5.1 by Steven Wilson and Jakko Jakszyk.

Bookended between their 1977 “Songs from the Wood” and 1979 “Stormwatch” releases, Heavy Horses became the second in a proggy folk-rock trilogy. Ian Anderson, the band’s flautist and lead singer shared about the focus on horses and agricultural life saying, “As a child, my big passion was to get off the leash and explore the local wooded and leafy suburbs. So, it didn't suddenly become new in 1977, it was just that the subject matter fitted what I wanted to write about at the time." Heavy Horses immediately became a top 20 album on both sides of the Atlantic, attaining equal critical praise for the melodies and instrumentation. Now audiophiles can experience this daring, experimental, , and thrilling album in high resolution surround and stereo.

Surround mixing extraordinaire, Steven Wilson continues to amaze with another exceptionally creative and enveloping 5.1 mix. Heavy Horses opens with the fast paced tune “And the Mouse Police Never Sleeps,” with Ian Anderson’s vocals soaring from the front center channel and doubling in the rears. Instrumentation wraps around all of the channels with the drums primarily spread across the front channels and whispy flutes at the back. As the spoken words overlappingly repeat at the end of the song fade in from all corners completely immersing the listener, aurally we are just waiting for the trap to catch the mouse.

The deeply progressive “No Lullaby” opens with Martin Barre ‘s guitar blaring from the right channel with delay falling toward the back left. The overall sound quality of the album has been excellent with especially smooth top end. The bite of the guitar is a demonstration of the quality of the recording and remix, but for 5.1 fans the counter clockwise roll through Barriemore Barlow’s roto-toms absolutely accentuates the immersive soundscape. An enormous amount of space is felt as the second delay of the vocals repeats softly from the rear channels, while a general ambient openness allows every part to be easily heard.

I must admit that this is my first copy of this fabulous album, thus my perceptions are wholly based on the new mix, although I have naturally listened to the original mix for comparison, which I’ll discuss in a moment.

While listening to the 5.1 mix, I felt a need for deeper bass, although it is very full and John Glascock’s playing offers great punch within the overall balance of the mix. I really like the sound of the drums, which hasn’t always been the case for earlier Jethro Tull recordings. There is a lovely sparkle to the cymbals and real snap to the snare, with the kick drum solidly complimenting the lower regions in the mix. Dynamics are very good, and this is a wonderfully transparent mix that I don’t sense has required a lot of cleanup.

But, it is the 9-minute plus title track that grabs my listening attention that so elegantly layers in strings and piano parts, perfectly spread across my listening room by the creative mastery of Wilson’s mixing. Once again the doubling of Anderson’s vocals spreads across the listening room with his rich baritone snuggly tucked under his lead sung in a higher octave. Guitars fill out the space with melodic leads, adding depth to another fully encompassing mix.

As one would expect the DTS 48kHz / 24-bit 5.1 sounds worlds better than the Dolby AC3 48k / 16-bit 5.1 codec. To my readers who haven’t yet upgraded their players or systems to support higher resolution playback, this is another reminder that it is long past time. From the brittle cymbals to raspy flute, decreased dynamics, and lack of mid-range warmth, the Dolby AC3 codec is simply lacking and is certainly a skip for me, other than noting the differences for these reviews.

When it comes to the stereo 96k / 24-bit LPCM version, without an earlier version on hand, I can’t directly speak to the qualitative improvements of this original mix transfer and remaster. However, there is a definitive night and day difference between the original and new mixes by Wilson. Most notably is the flatness of the original mix, and even gaps in the stereofield, which seemingly has been sown together so nicely on the new mix. Dynamics have also been drastically improved and drums and other instrumentation have come to life with greater brilliance. Wilson has done a very good job at recreating the feel of the original mix through nearly identical placement of parts, but do tune your ears for the subtle changes in the ambience and delays.

There is so much value in these anniversary deluxe editions, making it a sin to even consider passing them by. The additional nine tracks remixed in surround by Wilson literally are an entire additional album. While the sound quality can’t be rated with five stars, the mixes are very good, making these a pure joy to listen to. Likewise, these are fantastic demonstrations of song development, and you may even find yourself preferring one of these versions. 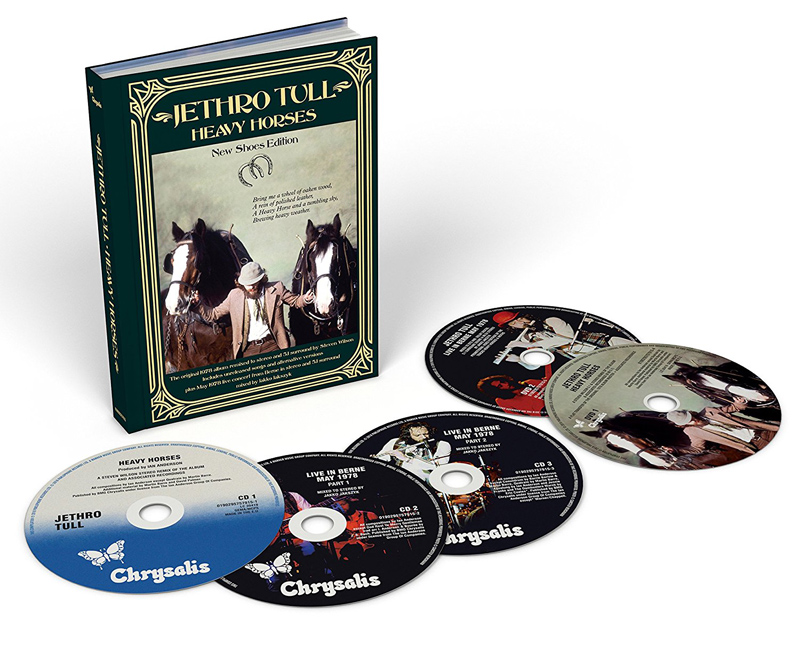 Still, the value doesn’t stop there, the second DVD contains a 1978 concert which had been recorded to 24-track and mixed to 5.1 DTS and Dolby Digital surround, plus 96kHz / 24-bit LPCM stereo by Jakko Jakszyk. Although there is no video footage, the screen continuously streams through a series of images from the era while this well recorded show fills the listening room. I found myself transformed to the concert with the audience surrounding me, and the band naturally is spread across the front channels. Jakszyk has done an excellent job with filling out the ambient space in the 5.1 mix, and overall the sound quality is very good. The rawness of the performances lends to the excitement while listening to this show, and interestingly I found the stereo version was a bit thinner than the surround, lacking mid-range warmth that I so enjoy.

The surround output from Jethro Tull has been phenomenal over the past few years, and likely will soon come to an end with the expected remix of Stormwatch. The friendly price of this limited edition box set makes this a must have purchase; most certainly required for Jethro Tull fans, surround music fanatics, and progressive rock collectors. Knowing that other anniversary editions are already out of print, I strongly recommend securing your copy today.