Anthony Phillips - The Geese and the Ghost - DVD 5.1 surround review 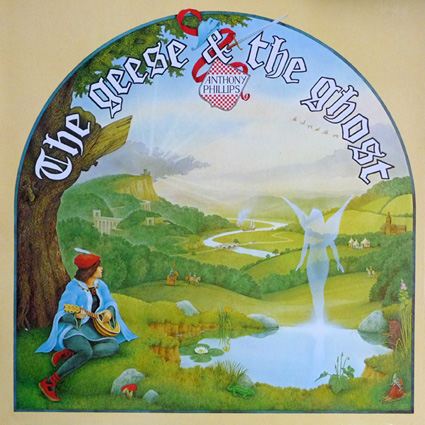 The debut solo release, "The Geese and the Ghost,” from Genesis founding member Anthony Phillips gets the deluxe treatment from Esoteric Recordings. This 3 disc definitive collection includes 13 bonus tracks, among them the previously unreleased "Only Your Love,” which features Phil Collins and Mike Rutherford. Of special interest is an all new 5.1 surround sound mix by Andy Myles and Simon Heyworth on a NTSC-0 (Region Free) DVD. The package also includes a poster and restores the original U.K. artwork.

The album is the result of almost four years of hard work by Phillips, collaborating with co-writer Mike Rutherford on three of the pieces, which began with a series of recordings made on TEAC four track tape machines. "The Geese and the Ghost” sessions progressed to the studios of engineer Tom Newman where they enlisted the assistance of Phil Collins, John Hackett, Jack Lancaster, Viv Mcauliffe and many others.

This definitive version of the critically acclaimed 1977 album has been newly re-mastered directly from the original master tapes by Simon Heyworth, and contain a CD of demos and early versions of the track. Featured among the bonuses are both sides of an abortive single from 1973, ‘Silver Song’ and the previously unreleased track “Only Your Love,” both featuring drummer Phil Collins on vocals. Please note that the bonus tracks vary slightly from the double CD set released a couple of years earlier.

It is the surround sound and hi-res stereo versions which are the main reason to get this new box set. Progressive fans like me will easily notice just how influential Phillips was to the classic Genesis sound, and have probably already picked up all of their multi-channel releases when they became available on SACD back in 2009.

It is immediately apparent that the “Geese and The Ghost” is extremely well suited for a 5.1 mix, with an incredible amount of layering and overdubbing of instruments. “Which Way The Wind Blows” places instruments and voices ever so perfectly around the listener, providing a feeling of sitting right in with the musicians. Each part is exacting, nuanced, soft and penetrating with spatial clarity.

You won’t find drums and bass guitar taking center stage on this very pleasant collection of songs. Although the album is primarily rooted in acoustic ambience the sound is full and expressive, truly requiring a sincere listen to soak it up. As the cover implies, the writing harkens back to rustic days, but a very sophisticated album suited for Kings and Queens.

The dynamic “God If I Saw Her Now” throws horns from the front speakers to the rears with crescendo cymbal crashes that punch through with symphonic vigor. The MLP Lossless version shows is strength throughout the album, a wonderful demonstration of how lossless high resolution is the winner when it comes to sound quality and dynamics. As a bonus the packaging really does the album justice, and it’s important to note that there are other amazing sound engineers that can create an equally as incredible 5.1 remixes as Steven Wilson has for so many classic reissues. Also included are DTS and Dolby Digital versions of the 5.1 mix, along with an MLP Lossless stereo version.

I spun the bonus CD, and fans will find it worthy of inclusion. However, it is the DVD which really makes this album shine. For fans of Anthony Phillips or Genesis completest then The Geese and the Ghost should be considered a critical addition to your collection. This is a must have for all surround sound fans, as the mix is top notch.