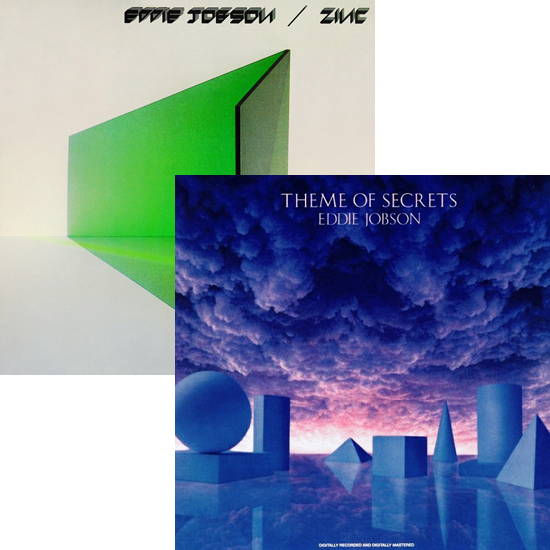 Keyboardist and Violinist Eddie Jobson has taken a similar path when it comes to media and codecs as the recently released U.K. Ultimate Collector’s Edition, the progressive rock band he helped form back in the late 1970’s. His two acclaimed solo albums “The Green Album” and “Theme of Secrets” has been fully remastered and packaged as a deluxe digipak with a 7 page booklet featuring extensive liner notes, plus both albums on 2 CD’s and a single high resolution 24bit / 96kHz LPCM stereo Blu-ray.

The highly sought after and critically acclaimed 1983 Green Album features the studio band Zinc along with guest Gary Green of Gentle Giant. Then, Jobson followed up his unique Progressive Rock vision with the Electronic and New Age leaning 1985 Theme of Secrets which became a groundbreaking album performed entirely on the Synclavier Music Computer and featured in TIME magazine back in the day.

I never had a copy of The Green Album; thus, I am starting my review with Theme of Secrets as I wanted to hear for myself the difference between the 1985 CD pressing and this 2019 Blu-ray remaster. I can easily say, it is a night and day difference between the two versions. The edgy and lower dynamics heard on the Private Music 1985 CD edition have become strikingly clear and incredibly dynamic on the 2019 Blu-ray. I noticed an impressive wide soundstage and exacting imaging as parts flow across the stereo field. Decays and subtle parts have become spot on providing more life to this amazingly transparent recording. This album is pure sonic bliss, and the stereo field jumps forward from the speakers, giving this surround fanatic a new appreciation for stereo mixes.

Now the Green Album is an absolute progressive rock masterpiece. It takes elements from much of the top prog bands of the ‘70s and unifies them into 13 fantastic tracks. I can hear Yes, Gentle Giant, Supertramp and of course UK all tossed into the mix. Once again, the sound is spectacular, with unsurpassed clarity and definition. The hi-res version picks up the low end very nicely and really sparkles in the upper range. I didn’t notice any unwanted distortion, but with all of the layers I felt certain sections became a bit congested. I found the recording to be noise free and undoubtably think that the Blu-ray edition of both of these albums may be the best sounding versions available.

This is a reasonably priced deluxe edition, and I certainly recommend it for any fans of Eddie Jobson, fans of his former band UK, and progressive rock collectors. Like with the UK high resolution releases, I wish these were remixed in surround, however I am absolutely enjoying the hi-res stereo mixes, and even rediscovering that stereo can be nearly as impactful as surround.