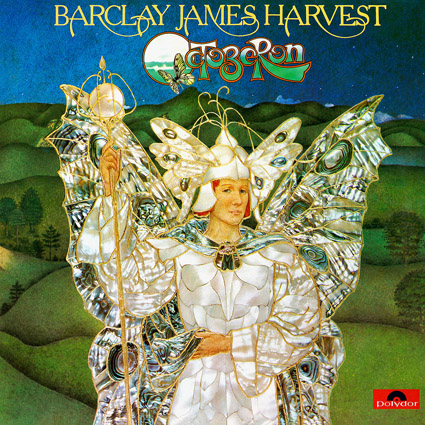 Octoberon is the seventh studio album from British progressive rock band Barclay James Harvest, who departs from the sound of their earlier releases. There are glimpses of a dabbling in mysticism and soaring sounds which were commonly heard throughout their previous works. Although Octoberon seemingly evokes a glum affair, "May Day" manages to journey into a stellar choral and organ arrangement, and songs throughout the album offer plenty of depth for a solid multi-channel mix.

Esoteric records reissued the gold selling 1976 album in late July 2017 as a deluxe three-disc set, following the same format as other albums, which include “Everyone Is Everybody Else,” “Gone to Earth,” and “XII.” Octoberon contains a digitally remastered original stereo version and all new mixes of the entire album in both 5.1 and 2.0. The 2 CD’s contain the original and new mixes respectively, while the NTSC region free DVD includes both 24-bit / 96 kHz LPCM stereo mixes, plus 24-bit / 96 kHz DTS 5.1 mixes along with a Dolby Digital AC3 codec for players that lack support for the DTS higher resolution format. Additionally, there are a couple of rare promotional films of “Rock and Roll Star” and “The World Goes On,” which were broadcast on the BBC TV show The Old Grey Whistle Test.

Even though they departed from their earlier sound, the album struck a chord with the record buying public thanks to tracks such as “The World Goes On,” the epic “Ra,” “Rock n' Roll Star,” and “Suicide?” It is the music contained within that makes this set worth the price of admission. Of course we are here to consider the eargasm listeners will experience when sitting in the sweet spot.

Much like other Esoteric Records surround mixes, the sound quality is high caliber, lifting a vail off the original mix. The bass guitar has punch and keyboard parts tingle while strings are vibrant. Vocals are rich and it is wonderful to hear these songs with little distortion and a low noise floor.

However, as crystal clear as the various parts are, lead vocals penetrate strongly from the center channel, over riding the balance of the mix. The over bearing center vocals are so hideously loud that I found listening to Octoberon unbearable. Yet, the surround mix is very immersive with plenty of discrete action across all five channels and a subtle use of the sub-woofers.

Naturally I had to find a way to enjoy listening to Octoberon. So, in a very unusual method, I ripped the DVD tracks and decreased the signal on the center channel by 3.35db, playing the album back via thumb drive. What a difference that made, and you may find you’ll need to employ similar methods to improve the overall balance if you find it as obscenely out of place as I did too.

The most disturbing part for me is the 5.1 mix of The World Goes On which lacks the emphasis of the acoustic guitar that carries the piece so well. The guitar is very clearly heard on the stereo mixes, yet is practically lost in the multi-channel version. This was my first cue that there was something wrong with the mix, and I reached out to Esoteric Records on this matter, but to my surprise, I never heard back from them.

Barring my complaints, I also realized that similar over weighting of lead vocals was present on the XII 5.1 mix too. I am not sure what has prompted the excessive center channel volume when Craig Fletcher created the new mixes, but I am very pleased with the surround mix after making my own adjustment.

With all of the layers, backing vocals, and proggy interludes, Octoberon makes for an encompassing mix that one can truly sit with. Listeners will find some nice ear candy, cool movement and a very Floydian end to the track “Suicide?” Of course you could flatten your world by listening to either the original stereo mix or new stereo mix, both in high-resolution on the DVD. This may not be a bad thing, as the balance is far superior, and the new stereo mix is a delight.

Fans of BJH who seek high resolution versions of Octoberon will certainly want to get a hold of this deluxe edition. This is the bridge between their early progressive sound and later pop leaning material with enough prog edge for progressive music collectors too. However, I can’t recommend this release for surround enthusiasts given its imperfections. But, if you have the tools to adjust the center channel, than the surround mix is a very worthy addition to your library. Those who are patient may even see the price decrease over time. 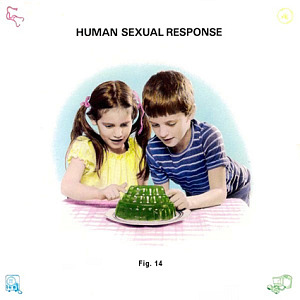