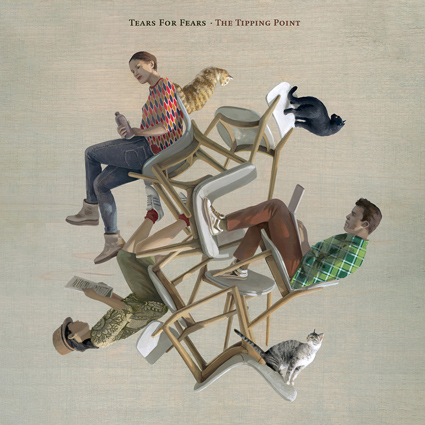 Behind the scenes while Tears for Fears were teasing tracks for their upcoming album, “The Tipping Point,” a little known shop struck a deal that became an overnight sensation for hi-res immersive listeners. During that period in the fall of 2021, fans continued to express their desire for a multi-channel mix, naturally naming musician and remixer extraordinaire Steven Wilson as their choice to bring it to the masses. Well, probably the masses is a far stretch compared to what came next when Super Deluxe Edition announced in January of 2022 that a limited edition stand-alone Blu-ray containing both Dolby Atmos and 5.1 DTS Master Audio codecs would be released exclusively through their shop. This special collaboration between SDE, the band and Concord Records was available as a pre-order for the 2,000 copies that sold out within 24 hours. Sorry for those who missed this opportunity to own a physical copy.

On the other hand, the Dolby Atmos mix has surfaced on Apple Music. However, the 5.1 mix is not available anywhere else, except on the physical limited edition Blu-ray. Collectors should know that the physical product was not planned from the very beginning and came together after SDE and Concord held discussions near the end of 2021, at which time Wilson completed the various multi-channel mixes. As an avid collector of immersive audio, I am pleased that there is still a good market for physical surround sound music releases. This was a good plan that hopefully will lead to other labels and bands seeing the merit of offering physical releases for Dolby Atmos and Surround Sound, and surround sound aficionados can thank SDE for bringing this one together.

Now, I am not going to get into great detail reviewing this album, as in my opinion there was a serious oversight in the demand for this new release from Tears for Fears. Additionally, I will simply make a few comments as a fan of surround music; I hope that labels carefully consider the demand side of the market, and that shops also consider limiting the number of copies an individual can purchase to prevent scalping of specialty releases such as this that are so limited. It is very obvious to me that these shortcomings have frustrated many collectors and potentially effected the demand side of future physical releases rather than helping them.

OK, minor rant over, let us now talk a little bit about the advantage of the region free Blu-ray, and the unique 5.1 surround mix that has been made available as a DTS HD Master Audio codec to the lucky 2,000 collectors. In short the Steven Wilson 5.1 surround mix in my opinion is far more impactful compared to the Dolby Atmos mix, which is available on both the Blu-ray, and via Apple Music streaming. What I hear is that the 5.1 mix offers a significantly improved dynamic punch and absolutely greater detail that includes transparency, separation, and immediacy.

All too often, as seems to be the case here, is the Dolby Atmos mix unfortunately tends to be a bit washed out and in this case slightly muffled, lacking low end and clarity. To my ears it is a far cry from the punchy and dynamically rich surround mix that has a full bottom and sparkling top. I immediately noticed greater detail in the reflections and more precise location of instruments around the 5.1 channels on the opening track “No Small Thing,” and throughout the album. In difference to comments on some forums, I felt the vocals were extremely well balance, although certainly not as strong, nor as focused on the Atmos mix. I can only surmise that those listeners have only heard the Atmos mix, which is not as well balanced. This leads to a number of issues related to Atmos that I won’t go into here, other than to say that one must remember Atmos is an object based mixing codec rather than a discrete channel based mix.

By far the title track is my favorite song. I feel it is truly a masterpiece from the group and deserves accolades for its modern sound, pop elements, and throwback sentiment to the new wave era. I absolutely love how the keyboard parts bounce across the space from right to left and the voices repeat “The Tipping Point” as they move around the room from speaker to speaker in sync with the rhythmic groove.

Overall, this is a pop laden album that goes between lively and ballad style pieces. I continue to prefer the highly produced and nicely textured pop driven songs such as the “End of Night.” Wilson has absolutely made excellent use of the surroundscape on every track, placing background vocals in the rears, adding synthesizers behind the listener sweet spot, plus layering reverberant ambience reflections from the back, with a wall of sound pouring across the front speakers. I feel that the music lens itself well to the spatial nature, popping up from one side to the other, from back to front, including the widely spread drum kit that hits strongly across the front speakers.

Given that this title is already out of print, and selling at ridiculous prices in the aftermarket, I can only recommend that one listen intently to the album on Apple Music before laying down your hard earned money for an over-priced after-market copy that includes the 5.1 surround mix. Fans can hope that down the road this will be released as a 5.1 surround download on one of the many sites that offer that audio format. My final comment is that I certainly hope that in the future labels will place the limit at a point that may be above the current market threshold, which will allow for defects and future purchases. In other words, still create a limited edition, but don’t specifically announce the number, and allow for the market to help dictate demand.

SPECIAl NOTE, April 20, 2022:   Super Deluxe Edition has worked with the artist and label to create a second edition of the limited edition Tipping Point Blu-ray, which wil be identical to the first edition, except the disc and cover will note that it is the second edition.  Fans and collectors can order their copy for two weeks between April 20 and  May 4, 2022, at the end the total number willl be announced as the limit edition count and sales closed.  This is your final opportunity to own this fantastic sounding release at a regular price, please click on the SDE Shop button link below. 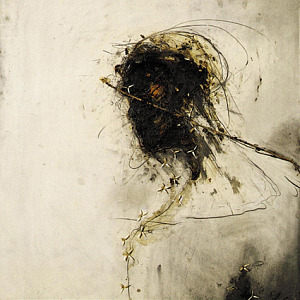