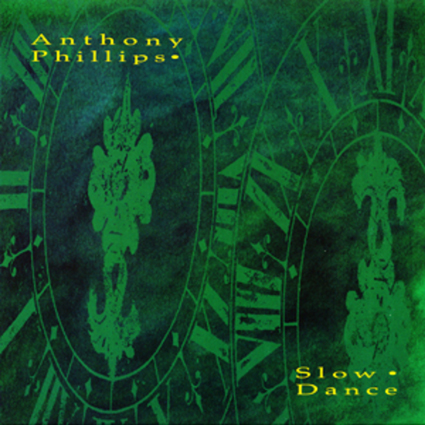 Mixing new age sounds with rock, Anthony Phillips all-instrumental album, “Slow Dance,” consists of two long pieces (Parts 1 and 2) that give Windham Hill and Mike Oldfield fans 50 minutes of Phillips creatively adding his touch to their domain. Featuring clarinet, oboe, flute, trumpet, harp, and percussion as well as guitar, with sections that bear some resemblance to the spacy interludes heard on some of the early Genesis albums. Slow Dance feels somewhat ambient, taking a while to get where it's going, while offering the unique Phillips touch.

Having stock piled many ideas during the thrifty 80’s, Phillips was given an advance from the soon to be defunct Passport records. This allowed him to acquire new gear which is primarily featured on part 2. He subsequently signed with Virgin, headed to the studio, and was able to release Slow Dance, along with all of his back catalogue on CD for the first time in 1990.

Now, decades later as Esoteric records works through his fabulous catalogue creating triple disc deluxe editions, fans can explore this hidden gem again. Slow Dance features a remastered original stereo mix plus a 5.1 surround sound mix by Simon Heyworth on an NTSC region free DVD, plus a CD of previously unreleased Vignettes. The deluxe edition includes an illustrated booklet that fully restores the original album artwork which is representative of his most expansive and imaginative work.

Unlike his earlier album 1984, which was recorded on an 8-Track, Phillips synchronized two 16-Track machines together, yielding a high level of separation that becomes rapidly apparent when listening to Slow Dance. There is a spectacular separation among parts which have been lusciously spread across the soundstage, swirling and swelling to the outer edges. The overall level of clarity is high, with a resilient low end, a generous warmth and body in the midrange, and soft sparkle at the top.

Bass and drums fill the front with keyboard melodies stretching from the front to back channels as Slow Dance fades in. Synth pads delay across the back channels as wind instruments take to flight in the front, allowing for plenty of room between the parts and giving listeners a lovely surround treat. Percussive claves reverberate to the back, and synth swell from the front to rear, providing a gentle sense of movement within the mix.

I found dynamics to be very good, and the overall transparency to be fantastic. Obviously, I selected the DTS 24/96 5.1 codec for an immersive listening session, and recommend skipping the Dolby Digital codec if your equipment allows, as it lacks punch and purity. However, the AC3 Dolby Digital surprisingly was nearly as rich as the DTS version, although some distortion can be heard in the higher frequencies on that codec.

For classical music fans who like a modern twist, I believe you will enjoy Slow Dance. As the string and wind parts spread across the room, they create an uplifting and introspective piece. Even though I am surrounded with these luscious sounds, I don’t feel I am in the center of an orchestra or band. Rather I have a sensation of taking a journey with some synth parts moving across the space, and elements arriving and leaving as the music dances forward.

The stereo layer of the DVD contains a LPCM 24bit / 96kHz mix that effectively is a fold-down of the 5.1 mix. It does a great job at conveying the depth of the two parts on Slow Dance, but lacks in the area of broad spatial context that is so easily heard on the surround sound version. Without any prior releases on hand, I can’t say if this is a improvement over the earlier mix, however it sounds excellent, and likely is the best stereo version available.

CD1 contains the new mix of Slow Dance, while CD2 contains a series of Vignettes, some of which have been mixed specifically for this edition. In my surround and high resolution thinking ways, I wish these new mixes were available in surround, or at the minimum as a hi-res stereo version. There are several nice pieces that make a wonderful edition to this album.

Recommended for fans of Anthony Phillips, new age enthusiasts, neo classical curious listeners, and surround sound collectors. I am delighted to finally include this in my library, and you are likely to feel the same. 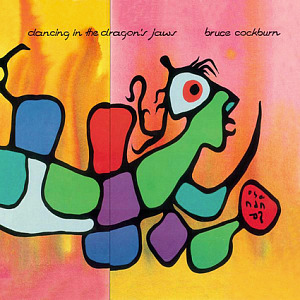