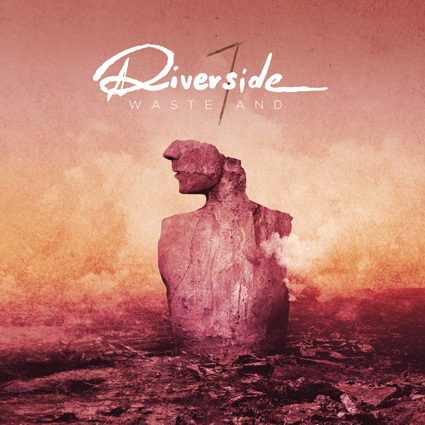 Riverside has once again stepped into the surround realm with their latest album “Wasteland” available as part of a special edition 2CD+DVD version via Inside Out Music. This Digipak edition with Slipcase includes the album as hi-res stereo 48kHz / 24-bit LPCM and a 4.0 quad mix in Dolby Digital AC3 48kHz / 24-bit by audio engineer and co-producer Robert Srzednicki, plus 3 video clips on the DVD. Fans will also find 5 tracks previously unreleased which are acoustic versions on the second CD.

Riverside remarks about this special edition, saying; “And so we’ve been talked into this yet again, It’s our second encounter, after LFTM, with the surround sound. We’re hoping that revisiting this release in a different dimension will bring you a lot of joy and positive feelings, especially that we’re still touring with this material. As a bonus, we have prepared a few acoustic tracks in quite surprising arrangements. We’re hoping it will be an interesting experience 😊”

The band has been around since 2001, releasing six long-players, a compilation, two mini-albums and two live albums, all while playing numerous tour dates around the world. Sadly, Riverside encountered a tragedy in February 2016 when the co-founder and guitarist of the band, Piotr Grudziński, died suddenly just before his 41st birthday. They in turn dedicated the retrospective album “Eye of the Soundscape” to their late friend. Now two years on they have returned with their seventh studio album called “Wasteland,” recorded as a trio with Mariusz Duda on vocals, guitars and basses, Piotr Kozieradzki playing the drums, and Michał Łapaj on keyboards and Hammond organ. Wasteland is truly the successor to their 2015 album “Love, Fear and the Time Machine,” with the new chapter beginning now, in 2019."

Fans will hear lots of guitar riffs along with darker elements and space. These are all combined with a new raw sound that Riverside had never had before, making the album quite an explosive mix. The group is certainly going through a second life syndrome, and they have consciously added some elements that pull from their earlier releases. The main theme of Wasteland is the attempt to survive in a world after an Apocalypse, with references to this in a few lyrics and song titles.

The most unexpected aspect of this surround mix for modern day enthusiasts is that it is actually a true quadraphonic mix. There is absolutely no signal in the center nor the subwoofers. In many ways this does not come as a surprise to me, as I know personally, that I have been finding that I rather enjoy 4.0 quad over 5.1 surround mixes. There is a myriad of reasons why this would be the case. While a greater number of speakers certainly aids in pinpointing the absolute location of a sound, smearing can also occur across the soundscape. Of course, careful attention to this does help a lot, and yet I still find that a really well mix and adjusted quadraphonic mix completely immerses me in a more satisfactory way. River sides wasteland album does just that at several places across the album.

Still, four classic quad fanatics, like myself, Wasteland does embrace the modern breed of mixing style by focusing more of the energy in the two front speakers and utilizing the back channels for accents and some echo and delays. While this mixing style pretty much carries throughout the album, with some secondary guitar parts and keyboard parts poking up in the rears, along with symbol splashes and other echo delay is falling behind the sweet spot too, certainly do not expect to find the wild dancing of elements across the soundscape which was much more common on the 70s classic quad mixes.

Naturally, as one would expect, the overall recording quality is substantially better than early era classic progressive releases, which often had budget constraints. While I may not fully agree with the tunnel textures, such as the thin snare drum on a few of the tracks and zingy guitar riffs across several tracks. Oh sonics, this is still the auralscape choice created by the producer, mixer, and band members. It is this blend which defines the sonic characteristics of Riverside, and certainly plays into a more common thread I have often heard on crunchy metal rock releases. Likewise, I find the parts have been compressed somewhat to maintain A more consistent volume throughout, one of which tends to be on the louder side.

All that said, an aspect that I really appreciate is the round and deep base guitar that is riveted upfront along with the solid thumping kick drum, very unlike the flabby and boxy kick which was so common during the 70s era recordings.

Diving nicely into an immersive mix, “Guardian Angel” is pure magic, completely opening up the soundstage and giving all the parts ample space to float around the room. The lead vocals are magnificently rich with an extremely robust quality, all while remaining distinct and noticeably clear at the same time. This piece really carries you along as additional musical elements pour in from the back channels.

There continue to be points throughout the album where the back channels become significantly emphasized. The instrumental track “The Struggle for Survival” starts with patterned guitar and sent parts split between the right and left back channels which are blended into slowly moving synth parts rolling across the front channels. As the piece progresses and the remainder of the band kicks in with the bass and drums, the sonic energy primarily becomes focused up front, flattening the dimensional space. Yet, with some careful listening one can still hear the pattern riffs emanating from behind the sweet spot. OK, I did say that this track is an instrumental, that is not exactly true. Near the end vocals soar in Oo’ing and Ah’ing, reminding me somewhat of several Pineapple Thief tunes. And once again the mix opens back up and falls to the back with the vocals soaring from the front speakers. This is my favorite mix on this album.

The LPCM 48kHz / 24-bit stereo mix is distinctly more vibrant than the compressed surround mix. It strikes faster with greater realism to the transients. Of course, the 2.0 version lacks the depth into the room and discrete mixing of elements into the back channels, still it is musically very cohesive, and I find this mix to be extremely engaging. In fact, it drives the music with a greater sense of urgency when compared to the more somber and less dynamic quad mix. Each has its merits, and I am on the fence about which one I would listen to repeatedly.

For Riverside fans that collected their previous surround sound album, this is a vast improvement on the spatial mix. Sure, it is still not as discreet as some quadraphonic fans would have hoped for, but it really is a particularly good mix and worthy of a thorough listen, especially if you are a Riverside fan.

Here is the exact track listing for the 3-Disc release: