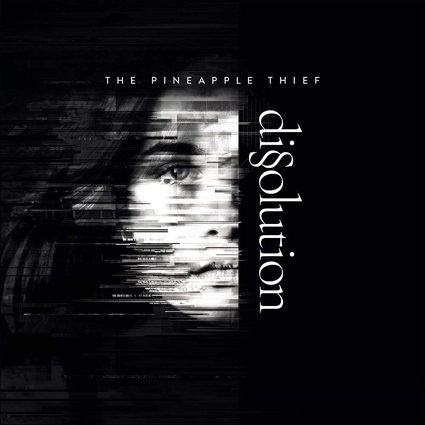 There was certainly a high level of fan enthusiasm around the Pineapple Thief’s 2016 release “Your Wilderness”, the first to feature drummer Gavin Harrison. Now two years later, they are back with an all new studio release titled “Dissolution” extending their music to new heights, showcasing even more developed songwriting and technical prowess. Guest musician David Torn also provides his off-kilter abstract guitar tones on the song White Mist.

The dark consequences of living in a world where everything is played out on a public stage becomes the thread for Dissolution, an album that is presented in 5.1 96kHz / 24-bit DTS Master Audio and LPCM, plus LPCM 96kHz / 24-bit hi-res stereo audio on a Blu-ray disc, or bundled in a four disc collector’s edition. Songwriter Bruce Soord explains, “In a time when we are supposed to be bound closer together than ever, I have never felt so apart from the world. We are living through a revolution and right now I am not sure it’s a good one. Lyrically this is the most vivid I have been.”

Recorded across the UK, band members shared ideas via instant messenger. Both Soord and Harrison mixed the album, adding to a growing list of engineering credits for each of them. Final touches were handled by the band's keyboardist Steve Kitch, who mastered this release.

While this review focuses on the stand alone Blu-ray, for collectors I will note that there is a four disc deluxe edition that is package in a large 10.5” book that contains 2 CD’s, a DVD and Blu-ray. The first CD contains the album, while the second CD contains bonus material exclusive to the deluxe edition. Apparently the DVD and Blu-ray contain the same material, and thus it is the Blu-ray with the surround sound and hi-res album that is reviewed below.

Both the DTS HD MA and LPCM surround sound layers are pretty much identical, although a sensed greater openness on the LPCM layer. I don’t think listeners can go wrong with either one, as overall they both sound incredible. Pineapple Thief has maintained a high level of recording quality over the years, and Dissolution is no exception.

Uncommon to many releases, the album opens with the somber “Not Naming any Names,” featuring the sensitive vocals of Bruce Soord and gentle acoustic piano from keyboardist Steve Kitch. Their parts spread across the soundstage reflecting from the back channels, a slight dipping into the immersive mixes that follow.

The band fully kicks in on the second track “Try as I Might” which has become an instant favorite with its heavy rhythmic beat, dynamics and jarring lyrics. Guitars jangle from the back channels, while the core energy of the group pours from the front three channels. Harrison’s drums sound perfect, with a vibrant sizzle and snap that is held together by the richness of the toms and kick.

Full 5.1 immersion unfolds on the third track “Threatening War” with keyboards, backing vocals and guitars placed in the back channels. Pineapple Thief is known for their wide dynamics, building and breaking down songs, which sound spectacular on this release. The clarity is demo quality with no unwanted distortion and a crystal clear openness.

The skipping rhythm of “All That You've Got” is underpinned by the solid rich bass work of Jon Sykes. Swords vocals spread across the front three channels and onward to the rears. The cutting guitars powerfully emanate from the back right channels, with keyboards spilling across the rears. The openness is truly outstanding, giving way to an engaging immersive listening experience.

The neo-prog elements of The Pineapple Thief shine through on the two closing tracks, “White Mist” and “Shadow Light.” Light instrumental solos fall between vocal passages carried along by their unique rhythmic structures. The 5.1 surround mix continues to envelop as I sit in the sweet spot, giving me the impression that the album was created for full immersion listening.

Surprise, surprise, the Blu-ray also contains seven alternate versions of the main album all considered “unplugged” and mixed in both 5.1 and 2.0. These versions are absolutely unique and fantastic in their own right, and maintain the high level of recording and mixing heard on the previous eleven tracks.

Sure, you could revert to the stereo LPCM layer and flatten your world, and that can be perfectly satisfying too. The mix remains powerful, rich and clear, but lacks the openness that is provided in the multi-channel surround mix. The stereo version seems to hit harder on the low end, which can be enticing for those seeking a powerful bottom. For me, the 5.1 mix is the main attraction, of course not discounting in any way the overall high quality of the music on this sensational album.

Dissolution is a must have for Pineapple Thief fans, listeners who enjoy neo-prog, and 5.1 enthusiasts who are especially looking for a great demo disc. I consider Dissolution to be one of their best albums, and it is a true aural pleasure to listen to.

Get your Standalone Blu-ray copy here: