Marillion - An Hour Before It's Dark - 5.1 Blu-ray surround review 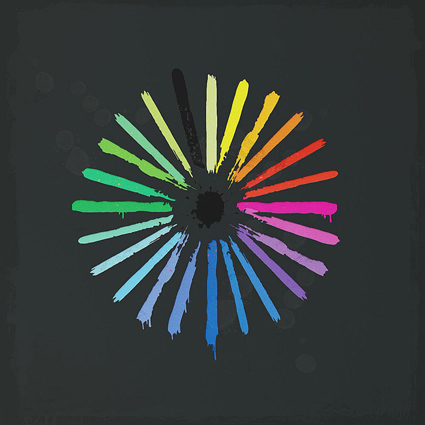 Depending on how one counts it, “An Hour Before It's Dark“ is considered Marillion's 20th studio album, written and recorded at the start of the global pandemic. On this release the band focused on two core subject matters, the ongoing environmental crisis that has the potential to dramatically affect all life on earth, and the Covid-19 Pandemic that has affected humankind around the world. The album is available in a number of formats, including a limited deluxe artbook boxset, CD + DVD, standalone Blu-ray, and various colored Vinyl editions. Hi-Res surround aficionados, like myself, will most likely desire the Blu-ray version which contains a lossless 96khz / 24-bit LPCM stereo mix and a DTS HD Master Audio 5.1 surround mix that are both accompanied by HD video slideshow, along with a documentary on the making of the album and a performance of Murder Machines from Real World Studios along with a booklet featuring song lyrics & condensed album artwork.

The first single from the album to be released was the opening track “Be Hard on Yourself,” which is a nine-minute dramatic urging for humans to wake up to the environmental destructiveness of over consumption. As their emotional plea for action encompasses the listener in the surround scape, the music dynamically swells and fades from dense heavy sections to somber crystal clear segments. One immediately notices the high quality of the recording which has been bathed in plenty of wetness throughout the album.

After a brief somber instrumental “Only a Kiss,” the group goes on to confront the pandemic head-on, as heard on the throbbing “Murder Machines” wherein masked humans become inadvertent killers through the transmission of the virus. Pete Trewavas’s heavy bass pounds into the ground while Steve Rothery’s guitars and Mark Kelly’s keyboards extend beyond the bounds of the speakers, creating an extremely large surroundscape. The band members had collected some 300 to 400 musical ideas, many of which were used on the album. The tone of Murder Machines depicts an urgency that has elevated their compositions into a new era, with a nuanced updated sound. The 5.1 mix tends to be focused across the three front channels with moderate use of the back channels, featuring synth parts, alternate guitar patterns, and ambience from the drums and other elements originating from the front speakers. Steve Hogarth’s vocals smoothly sore from the center channel, tending to be more direct than many of the instruments placed around him.

I simply love the choral entry that falls around the sweet spot and the distant piano that introduces “The Crow and the Nightingale,” a song that is Hogarth’s tribute to Leonard Cohen. For neo-prog fans, this may be a bit far from the core, yet it fits in as a counterbalance to the vibrant pieces that surround it. For the untrained ear, when listening to the start of this track, it is much easier to hear the transparency of these recordings, once again recognizing why high resolution audio is the only way to sit and enjoy music. Additionally, dynamics are distinctly elevated, leading to a fantastic emotional listening experience.

Sierra Leone is a tale of dignity and hope amid the poverty of the titular West African country. I have come to appreciate the lighter touch when it comes to the back channels by mixing engineer Michael Hunter. The 5.1 mix offers ample space while providing musicality to the mix. While I find myself drawn strongly to the front channels, the rears fill the space behind the sweet spot very nicely. The center channel is extremely well used and ample energy has been sent to the subs, allowing the mix to dig deeply into the low end.

I believe most would agree that it is the magnificent final track Care that finds Marillion absolutely succinctly telling the global story of our times. Herein the band tie all of the strands together from images of hospital patients being kept alive by drugs, morphing over the next 15 minutes into a hymn to the NHS and the nurses and doctors that kept things running during the darkness. Bass guitarist Pete Trewavas lays down a pseudo heartbeat underneath the fiery drum work of Ian Mosley, both who has kept incredible time with plenty of zest over the six tracks and underpinned by a well-rounded kick and full body snare. The enigmatic and sizzling electric guitar work of Rothery punches through with soring solos and tasty licks, adding a depth and edge to the songs. Hunter makes great use of space by employing reflections off the back wall, lending to the open space of the surround mix.

Now, after listening through, one can turn to all instrumental versions, which are available in 5.1 surround sound too. Also, a stereo 96kHz / 24-bit LPCM mix of both the album and instrumental album are also included. These 2.0 mixes are absolutely compelling for stereophiles, offering an excellent mirroring of the balance and tone of the surround mix, albeit that it is dimensionally flat across the front main channels. Since I am a fan of surround, my preference is the 5.1 mix for its encompassing nature. Of course, naturally it is your ears that will do the listening!

I found it interesting that the menu structure led off with the documentary, which details in great length the making of the album. Certainly, well worth watching to hear about everything they went through to bring this album to their fans. Likewise, don’t miss the Murder Machine videos and extended mix too.

I certainly consider An Hour Before It’s Dark to be one of the band’s finest albums, standing as a beacon of hope and creatively a welcome addition to the neo-prog genre. Marillion fans clearly will want this release, and surround collectors should be very satisfied with the immersive aspects of the mix.

Limited Deluxe Edition with Blu-ray, CD, and Vinyl containing a 5.1 DTS HD Master Audio and 2.0 stereo mix of the album and instrumental versions.  Also available as a stand alone Blu-ray, CD+DVD, and colored Vinyl editions, plus via streaming.