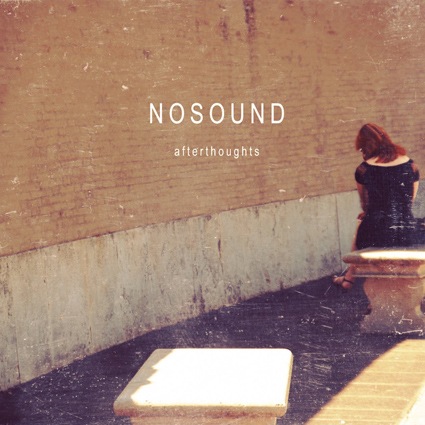 Keyboardist Marco Berni and drummer Giulio Caneponi join the band as full-time members on Afterthoughts, and Chris Maitland, former member of Porcupine Tree and no-man, returns as guest percussionist. The bands line up also includes Paolo Vigliarolo  on acoustic guitar, Alessandro Luci playing bass guitar and keyboards,  and Marianne DeChastelaine on Cello.  In comparison to his previous output, Erra says, "I feel this album is more 'direct' and powerful, and this is naturally reflected in both music and lyrics… it's a big and bold step forward."   He acknowledges his early musical influences as Pink Floyd, Brian Eno, Sigur Ros, and Porcupine Tree.

Taking listeners on a soothing journey into the cosmic void, this fluid album barely deviates from the singular mood set by the very first tune. Be prepared to enjoy a trance state as each ballad blends into a musical blur, with only the rolling dynamics slow tempo nature  offering a subtle difference from track to track.

Beginning softly, "In My Fears",  features a guitar falling into the soundscape. Erra's fragile echoes and simple yet sorrowful piano notes join in, creating a reflective loss. Marianne DeChastelanie's subtle cello accompaniment adds depth to the sorrow.  The echo driven indiscernible vocals is an  exquisite example of how the human condition can be expressed absolutely through layers of luscious timbres.  Most of the energy is placed in the front speakers, with a solid bass and crisp snare holding the center among soft cymbal hits, vocals, and other instrumentation falling within the three front channels.  The surround space is well used with elements echoing in the rear channels and selected parts, including guitars and keyboards adding depth and dynamics to the piece.  As the song rises and falls, the vocals become lost in the mix, likely a purposeful artistic choice that enhances the meditative state induced by Afterthoughts.

The album becomes a bit more complex and direct with "I Miss the Ground" followed by "The Anger Song", both soaring with piercing guitar work and enigmatic melodies.  Don't be surprised as you find yourself encompassed with the energy of these songs as their dynamics ever so slowly changes. "Two Monkeys", is essentially a gloomy piano ballad, while the instrumental foundation of "Encounter" is layered with despair and engaging orchestration  which evokes Tori Amos at its start. One of the strongest tracks is "Wherever You Are". It's a perfect blend of vocal melodies and complementary arrangements, evolving from just a voice and an acoustic guitar which goes on to incorporate several other instruments, becoming exceptionally intense. "Paralysed" repeats the same arrangement, highlighted by throbbing percussion and a momentous guitar solo that pays homage to Steven  Wilson and David Gilmore among others.  English only speakers will want to get out their translation dictionary for this number!  The closing track "Afterthoughts" brings the listener back down with mellow harmonies and soothing piano and cello parts.

The band received back-to-back "Best Recording" honors for their earlier releases "Lightdark" and "A Sense Of Loss" from the Italian Progressive Music Awards.  "Afterthoughts" is likely to garner such notice as its overall sound quality is superb, and the surround mix dramatically broadens the soundstage of the music.  The discrete and subtle use of the surround channels is used for the most part to accentuate the feel of the songs.  Kick back, relax, drift away and become saturated by the music.

The DVD-Audio disc is a NTSC region 0 16:9 aspect ratio with several audio formats including:  MLP Lossless 24bit/96kHz 5.1 Surround, LPCM Lossless 24bit/96kHz 2.0 stereo, DTS 1.5mbs 5.1 surround, and Dolby Digital 5.1 surround.   It is designed to play in literally all players, although some issues have been noted on the MLP encoding where an extended silence occurs between tracks. I didn't experience this issue and prefer the MLP surround mix, and didn't even bother playing the Compact Disc which is included in this two disc set.