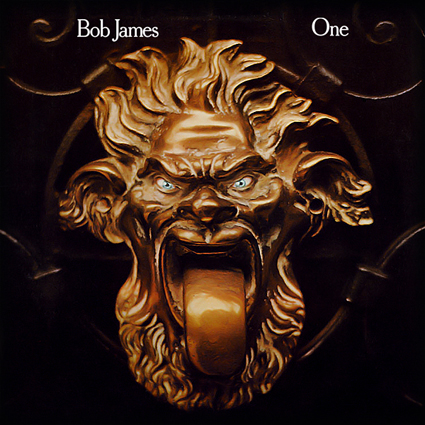 Evosound has reissued the 1974 jazz fusion album “One,” the second solo album by keyboardist Bob James. Produced by Creed Taylor and recorded at the well-known Van Gelder Studios, the record is a progressive pre curser to the smooth jazz styles that followed. Remastered from the original analogue stereo master tapes and transferred using high resolution digital technology. The analog warmth has been nicely conveyed to the stereo hybrid SACD, which plays on both SACD and regular CD players. It is important to note that initial promotional material indicated that this was a multi-channel release, with audiophiles speculating that a new 5.1 mix had been derived from the original multi-track masters, as no quadrophonic version from the CTI catalogue had ever been released. However, this is a stereo only release, read on for my impressions of the sound quality of the transfer.

But, before we talk about the sound quality of the SACD, for those unfamiliar with this release, One is a wonderfully lush, leaning towards the side of experimental with plenty of Jazz Funk beats, all of which engages the soul. Keyboardist and leader Bob James enlisted an amazing lineup of experienced jazz musicians including, Steve Gadd and Idris Muhammad on drums, Grover Washington on Sax and Gary King on bass.

One has become famous for its closing track, “Nautilus” which went on to become important to hip-hop as one of the most sampled tracks in American music. Over the decades since its release, producers have interpolated or sampled “Nautilus” over 350 times. Brilliantly written and performed, James has also created wonderful adaptations of “In the Garden” and “Night on Bald Mountain” which are both totally engaging for anyone who appreciates complex arrangements made funky and jazzy. “Soulero” is a clever homage to Bolero, wherein James builds layers of beautiful tones and rhythms.

I have listened to the SACD layer of One a couple of times and feel that it provides a pleasing analog sound quality. It reminds me of the warmth and smoothness of vinyl, without the surface noise, pops, and crackles that often plague that media format. I especially like the round rich bass that vigorously fills out the bottom. I noticed that some tracks are centrally focused, while others spread widely across the stereo field. Unfortunately, I have no earlier versions on hand to compare this new remaster against. However, I did listen to a couple of lossless tracks through Tidal, which is not exactly a fair comparison, but does offer a starting point.

There is absolutely a markable improvement with the 2021 remaster that removes the shrilly string parts and deflates the spike heard on the snare when compared to the edition on Tidal. It seemed that the keyboards fell nicely behind the speakers, providing subtle depth to the mix. Horns felt a bit more robust, and transients were more immediate. On the other hand, I still noticed a sizzle to the high hat and symbols, and overall, I just didn’t warm up to the sound of the drum kit at all, especially the snare and kick, no matter the version. Still, the SACD definitely provided a fuller sound to the drums, with a bit more air around them. To the majority of listeners, these subtleties will likely go unnoticed, but audiophiles should appreciate the improvements found on the SACD.

The presentation and overall quality are very good, and I certainly recommend this stereo hybrid SACD edition of One to any fan of Bob James. Furthermore, smooth jazz, fusion jazz, and collectors of the jazz-funk grooves that took root in the 70’s are sure to be delighted with this album in their collection. Finally, for hip-hop fans, this really is a must have from a historic perspective.