Dream Theater - A View From the Top of the World - 5.1 Blu-ray surround release 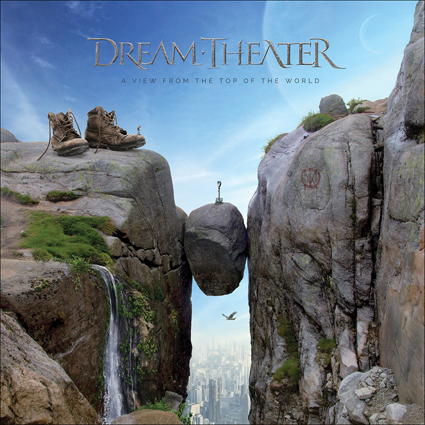 Dream Theater is back with their 15th studio album titled “A View From the Top of the World”, coinciding with a North American tour with Arch Echo. Selling over 15 million records worldwide, two Grammy® Award nominations, and almost four decades together, Dream Theater continues to push the peddle to the metal with their blazing brand of prog-rock. The band features guitarist John Petrucci, John Myung on bass, drummer and percussionist Mike Mangini, Jordan Rudess playing piano and keyboards, plus James LaBrie on vocals, all put together by mixing and mastering engineer Andy Sneap along with James "Jimmy T." Meslin handling recording and additional production.

Lengthy progressive elements abound with their first album in the past 8 years to have even one track over 10 minutes long. The title track itself clocks in over 20 minutes of what is sure to be an epic, and also contains the longest title of any Dream Theater album. The album is chalk full of sonic adventures that lead back to the sound of the band’s earliest work, plus guitarists may want to note that the band has incorporated 8-string guitars on this release!

Hi-Res audio enthusiasts will be most interested in the limited deluxe 2CD + 1 Blu-ray Artbook edition that includes a 5.1 surround mix with visuals, hi-res instrumentals plus a documentary on the Blu-ray. CD 1 contains the album, while CD2 includes instrumental versions of all album tracks, and the 40-page book includes extended artwork and liner notes.

2CD + 1 Blu-ray Artbook Edition with 5.1 surround mix and instrumentals.  Also available on stand alone CD or Vinyl in a selection of colors.  Digital download and streaming too.