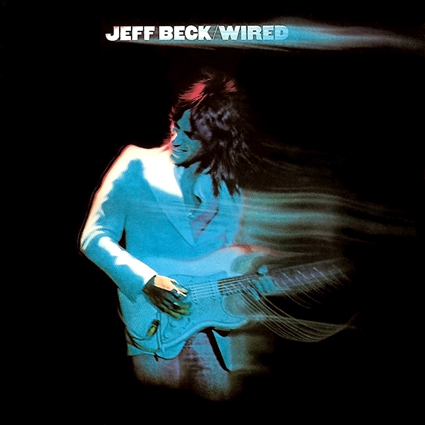 Containing some of the best fusion-jazz from the era, Wired by Jeff Beck is hailed by fans for his amazing guitar playing and emotion. Both Wired and his previous album Blow by Blow quickly became the standard for instrumental rock that Beck himself has found difficult to match on future releases. Now surround sound enthusiasts can experience this classic release on a multi-channel SACD released by Sony Japan.

With George Martin standing behind this production, one can be pretty sure that the recording quality is top notch, and the arrangements and interpretations performed by the musicians meet his high standards of excellence. This is undeniable to a fault. The two channel transfer is remarkable on many accounts, the foremost being how revealing it is for the various parts and depth heard on this mix. While the stereo layer lacks a tad of low-end oomph, this primarily clean transparent layer provides a wonderful listening experience for one of my all-time favorite records. Elements jump forward in the stereo field and room ambience is breathtaking. Without any reservation, the stereo layer by far is the definitive stereo version on this SACD that I have heard to date.

Unfortunately, I have several complaints with the quad mix, the most annoying being the super heavy bottom which I had to correct by adjusting my sub-woofers. My immediate thought is, don’t take a quad mix and upmix it to a 5.1 mix, it seems the results are catastrophic. While the low-end is correctable by the listener, where the hell is Jan Hammer’s synth solo on the second track “Come Dancing” that now very quietly emanates from the back left channel at about 4:50 into the song? This is a prominent solo on the stereo layer that is basically non-existent on the quad layer! Apparently this is a carry-through from the quad masters, and really makes me wonder what happened during the quad mixing session to overlook this solo.

Beyond my kvetching, the quad mix is truly fantastic making excellent use of all four channels. This is instantly evident on the opening track “Led Boots” which places Beck’s guitar in the back left channel counter balancing Max Middleton’s clavinette in the right rear. Bass and drums hold their ground in the front channels, marking a consistency found on most modern multi-channel mixes.

Goodbye Pork Pie Hat, a favorite among Beck fans acquires an entirely new life with each pluck of the guitar easily heard, including the amp noise at the start of the track. Drums are spread widely across the front while the Fender Rhodes are split across the back channels.

The fifth song, Blue Wind, is a Beck and Hammer extravaganza, with Jeff Beck nailing the guitar parts and Jan Hammer taking on the rest, which include the drums and synth parts, one of which riffles out the bass line. Keyboard parts fill the back left channel, while the bass synth part is placed between the front channels. Guitar riffs squawk from the back right channel with an in the ear closeness that one should easily notice extraneous slaps as Beck prepares for the next section.

Barring my initial complaints, Wired is an excellent quad mix, but doesn’t reach the level of Blow by Blow, nor would I consider this a reference disc or best surround mix. I can only recommend this for quad enthusiasts, Beck collectors, and fusion music fanatics. It is pricey, yet the packaging ads value, and without hearing other high resolution stereo transfers, this is the best version for stereophiles that I’ve heard. I would never have felt my Beck collection was complete without this SACD, and you my audiophile friends, will likely feel the same.