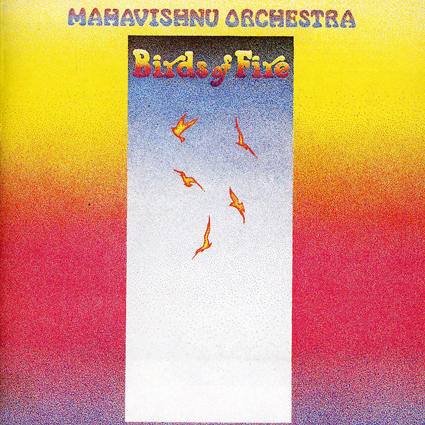 Mahavishnu Orchestra set out to further define their blistering fusion-jazz style on Birds of Fire, their second, and due to internal feuding, last -- studio album. More varied in texture than their debut release, Inner Mounting Flame, the group maintains much of the high voltage rock energy and frenzy here. The remarkable precision of blazing solo trading between guitarist John McLaughlin, violinist Jerry Goodman, and keyboardist Jan Hammer all seemingly act as one mind. Released in 1973, literally at the peak of album oriented rock, Birds of Fire became a major crossover hit, rising to number 15 on the pop album charts.

For surround sound fans and high resolution audio enthusiasts, the Quad mixes are now available on a Hybrid SACD from Audio Fidelity with a Stereo layer of the original mix. All tracks were written by John McLaughlin, who has gone on to have an incredible career over the past four decades.

There is nothing ordinary about the Mahavishnu Orchestra, from their odd time signatures to incredibly innovated fusion jazz-rock music. It seems the quad mix has followed their unconventional ways, in an era where experimentation of literally everything had taken off. Quad was gaining momentum, the progress from mono to stereo had quickly thrust forward to fill all four corners of fans listening rooms.

On the soundstage of experimentation, I cannot think of another surround mix where the entire drum set is placed in the back channels. Furthermore, individual pieces of the kit are spread across the rear channels with the snare and high-hat panned hard right, mid-toms floating in the center, and kick drum, low-toms, and cymbals all panned hard left. But, really with the strength of guitars, violin an keyboards up front, where else would an audio engineer place the incredible drumming of Billy Cobham?

While the sound quality doesn’t match the transparent clarity of some current recordings, it is flat out one of the best I have heard from this era. In the front left channel the raw energy of John McLaughlin’s guitars squeal out his solos with what sounds like a very closely placed microphone in a small space that picks up each note with a wonderful richness. In the opposite front channel Jerry Goodman’s violin electrifies the various songs with its brilliance and lightening fast solos. In the center Jan Hammer’s keyboard fill the musical structure with chords and blend in with nicely with his frenetic primarily synth based solos. While there is some minor noise from these early day synths, the tonal detail is fantastic, allowing listeners to hear the nuances of his playing.

While the placement of instruments stays pretty steady throughout the entire album without movement, a few fun differences can be heard from time to time. Most notable is the intro snare drum roll on “One Word” which pans around the room before the entire band kicks in. One of my favorite tracks, “Thousand Island Park” takes the group acoustic as a trio with bass, piano, and guitar. The piano is placed in the rear channels, with bass and front, making for a really wide soundstage of this intricate song. Sadly however, tape hiss is easily heard on this and other quieter pieces where the sheer volume otherwise masks it on the majority of the album. Of course tape hiss is one of the downsides to analog recording, especially when transferred to a medium with a high dynamic range, a range that greatly surpasses the medium of the vinyl LP common back in that era.

The stereo layer is excellent, yet somewhat different from the quad mix in several ways. Listeners will find a shade more brilliance in the upper-mids that bring out the edge of the guitars and violin, along with the splash of the cymbals. The quad mix is not a simple expansion of the stereo mix, with placement of instruments moved about, such as guitars swapping sides, and overall balance unique between the two. I also pulled out my vinyl copy from its sleeve for comparison, and there is a huge difference. While the noise floor is much higher, masking the tape hiss, there is a hump in the lower mid-range that somewhat muddies everything. However, I rather liked Rick Laird’s bass on this version the best. While the bass has a warm rumble on both the quad and stereo SACD versions, my beaten up copy on vinyl had a roundness that I felt was lacking in the digital domain.

All in all, fans will be delighted with Birds of Fire in Quad, even with its minor shortcomings, it still has an incredible spark, just as brilliant as the band itself. Strongly recommended for fans of the fusion genre, followers of any and all of the members of the band, and naturally of course, high resolution audio collectors, especially those seeking interesting variations of quad mixes.

Hybrid SACD with both Quad and Stereo Layers. 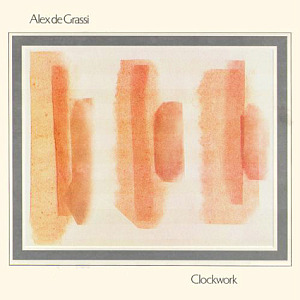