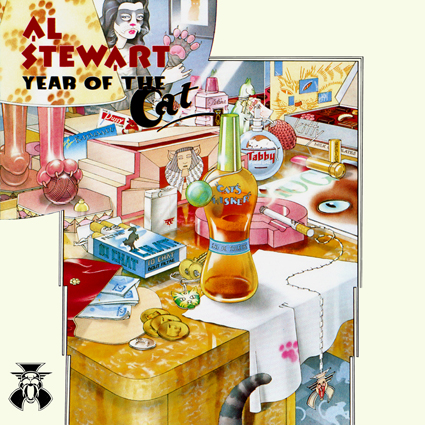 Esoteric Recordings will release a re-mastered four-disc deluxe 45th anniversary boxed set limited edition of the classic 1976 album “Year of the Cat” by Al Stewart. Recorded in the famed Abbey Road Studios, this seventh album by Stewart is now expanded to a 3 CD + 1 DVD box set containing for the first time newly re-mastered 96kHz / 24-bit stereo mix from the original first-generation master tapes by Alan Parsons and also features his all new 5. 1 surround sound mix sourced from the original multi-track tapes. Celebrated producer Alan Parsons collaborated on this album of immense musical inventiveness and creativity, featuring classic songs as “On the Border,” “Midas Shadow,” “If it Doesn't Come Naturally, Leave It,” “One Stage Before” and of course his most well-known song, the title track. The album became a major commercial and critical success upon its release, reaching the US Billboard Top Five and was a European hit, going on to earn platinum disc status in the USA within the first year. The single “Year of the Cat” was also a Top Ten hit in the States and was a Top 40 hit single in the UK. In addition, the set includes a complete, previously unreleased concert across 2 CD’s recorded at the Paramount Theater, Seattle in October 1976 plus a new mix of the track “Belsize Blues,” recorded at Abbey Road Studios in September 1975.