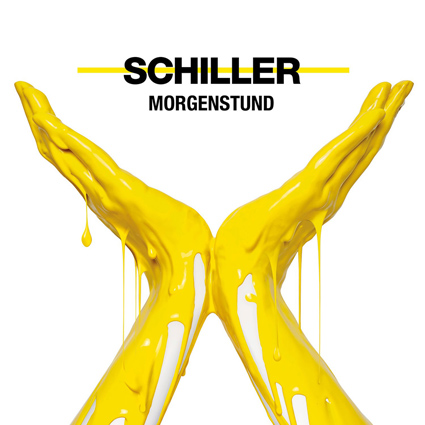 Originally formed as a duo, Schiller was founded by Christopher von Deylen and Mirko von Schlieffen in 1998. Their first album Zeitgeist hit the clubs and dance music scene, but it was their 2001 album, Weltreise, which featured the single “Dream of You”featuring Peter Heppner, which won the ECHO award in 2002 for the Best Dance Single of the Year. The original duo split early on since Schlieffen wanted to focus mostly on trance music, while the remaining member Deylen wanted a more eclectic electronica sound. This branch has lead Schiller on to the projects tenth studio album Morgenstund created by the German electronic musician Christopher von Deylen. Released on March 22, 2019, Deylen has collaborated with singers Nena, Tricia McTeague, Yalda Abbasi, Schwarz, Jhyve and Rebecca Ferguson, plus the musicians Giorgio Moroder and Jan Blomqvist and the music group Tangerine Dream.

Here is where it gets super interesting, Morgenstund is the projects first album to be produced in groundbreaking Dolby Atmos surround sound. The Blu-ray deluxe editions features a 7.1.4 Dolby Atmos mix, plus a classic 5.1 surround version of the complete album. So, it is time to rev up your system and move to the music.