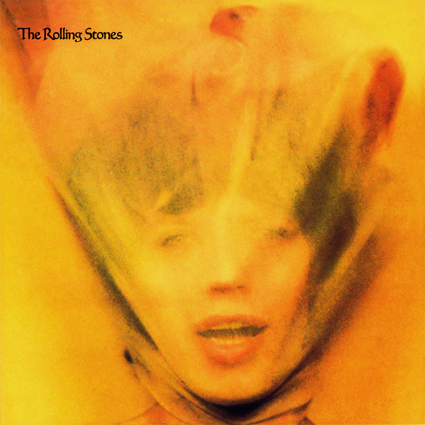 The Rolling Stones need no introduction, as one of the world’s most well-known rock bands that has dominated the music scene for nearly 60 years. Fans often have their favorite eras, and it is their 1970’s output that remains my favorite period. Surround sound fans have been looking forward to additional material to immerse themselves with, other than just the one track “Sympathy for the Devil” that was released on multi-channel maxi-single SACD as a market test for Stones surround mixes way back in 2003.

However, the label has dramatically changed their tune from releasing that budget 5.1 SACD to a premium deluxe edition that is likely out of reach for many fans and surround sound enthusiasts. This 2020 deluxe edition of “Goats Head Soup” contains 3 CD’s and a Blu-ray that includes the album newly mixed in high resolution stereo and Dolby Atmos surround. The box set features 35 tracks across the 3 CDs & 1 Blu-ray. Including the new album mix, rarities, and alternative mixes, plus 3 unreleased tracks (Scarlet, All The Rage, and Criss Cross), along with 1973's “The Brussels Affair,” recorded live at Forest National Arena. The set is packaged with a 120-page book of photos and essays plus 4 reproduced 1973 tour posters which have been rolled up within the packaging to avoid creases.

It is important to note that when the deluxe edition was announced, the promotion specified that there would be a DTS-HD Master Audio 5.1 version on the Blu-ray, however fans that have received the set have clearly stated that the Blu-ray only contains a Dolby Atmos 7.1 mix along with the hi-res stereo mix. That news is seriously disappointing for 5.1 surround listeners. Still, this may be moot, as other enthusiasts have noted that Atmos 7.1 is fully compatible with 5.1 AVR’s. But it is probably best for you to determine the compatibility for yourself.

Now, for those with 7.1 setups, listeners have commented the Atmos mix does make good use of the back channels, which include isolated elements along with ambient reflections from the instruments spread across the front speakers. Even better, to spice it up a bit, the ambience from the front speakers have typically been separated into the different rear speakers, effectively mirroring their placement in the front.

Overall, the surround mix gets high marks, but there are minor issues attributed to the original recording, such as some tracks containing noticeable distortion on Mick Jagger’s vocals. The mix is not too aggressive, and there are points where the back channels are barely used. It seems that the modern conservative mixing method is well incorporated here, but who is complaining, the Atmos surround mix is certainly welcome and already beloved by many.

I personally feel that the $120 US price tag is a lot to ask for this album, especially when a dedicated lossless 5.1 mix is not included. In fact, apparently the Dolby Atmos is only 48kHz / 24-bit, which in this current day of high resolution audio seems lacking in a climate where the higher standard has been set at 96kHz / 24-bit. So, I can only recommend the Deluxe Edition of Goats Head Soup to deep pocketed Rolling Stones fans and surround collectors who must have it all. In my case, I will hold out for a lower price, or even the possibility of a standalone Blu-ray, which is doubtful to arrive in the near term. I do think that this release of one of their somewhat overlooked albums possibly indicates further remixes are on the horizon. Only time will tell, happy listening!