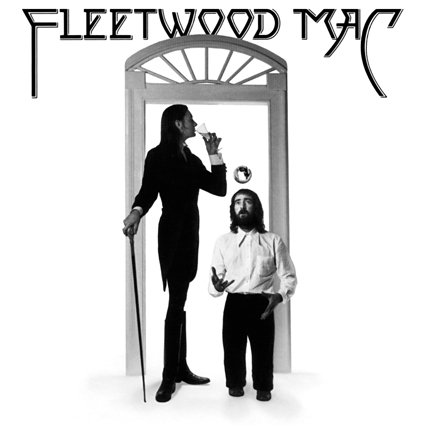 Although their self-titled album Fleetwood Mac was the bands’ tenth studio album, it was their first with Lindsey Buckingham on guitar and Stevie Nicks on vocals. This 1975 release distinctly marked a new direction for the group moving them further from their blues roots and directly into the pop spot light. This eponymous album “Fleetwood Mac” topped the Billboard album charts producing classics including “Rhiannon” and “Landslide.”

Over 40 years later, the album has received a well-deserved deluxe treatment which includes a plethora of previously unreleased studio and live recordings in a 12-inch box that contains 3 CD’s, 1 DVD, and a Vinyl LP. Both an expanded 2 -CD set and a single disc version, along with digital downloads and via streaming services are available too, but those editions are not reviewed here.

Surround enthusiast will be delighted to know that the entire original album has been remixed in 5.1 multi-channel and remastered as a high-resolution 96kHz / 24bit stereo version. Additionally, the deluxe edition features a complete alternate version of the album entirely made up of previously unreleased outtakes and live recordings from 1976. Analog enthusiast can still spin the classic remastered album and enjoy favorites such as “Monday Morning,” “Say You Love Me,” “World Turning,” and “Over My Head.”

Now, don’t’ get fooled by the misleading marketing that implies that the surround version is available in hi-res audio. Sadly, and disappointing to many audiophiles like myself, this is not the case. The 5.1 mix is only available as compressed Dolby Digital AC3 48kHz / 16 bit, ugh, so nasty. In a world that is moving towards hi-res, and when previous deluxe editions by the same band have included 96kHz / 24bit surround sound versions, one would think that the production team would keep to those high resolution standards. Not the case here.

Yes, the stereo LPCM version is hi-res 96kHz / 24bit, and it sounds fantastic, but more on that in a moment. For surround enthusiasts, like myself, what we get is an immersive CD quality surround mix that arguably does sound extremely good. Yet, the top has been razored off with an edge that lacks the smoothness that fans like myself have come to expect with hi-res multi-channel releases. Additionally, and of greater importance is the lower dynamic range that brings me back to CD quality audio and its diminished livelyness. I just don’t feel the band in my room, they are removed and clearly encoded to multiple box sets around the world.

While I may have brought you down enough, I need to shed the light on why you still want to spring the $65 US plus for the deluxe edition of their eponymous album. From a hit parade perspective, this album was the game changer for Fleetwood Mac. There was plenty of layering allowing for an enveloping 5.1 mix, which has been masterfully created.

As “Monday Morning” kicks in the heavy bass grips the bottom as the drums spread out around the front channels to the rears. The mix opens widely with rhythm guitar adding depth from the back right channels and vocal harmonies emanating from all corners. The overall balance is very reflective of the original mix while adding more bottom.

“Warm Ways” deeply expands the immersive experience with slide guitars falling to the back channels while the gentle snare takes the center channel. Main vocals have been floated across the front channels, lending to the very airy feel of this soft-rock piece. The acoustic guitar shimmers as the rhythm is strummed and keyboard parts lean toward the back right channel. It is a very deep mix that allows for backing vocals to surround the sweet spot while the main vocals are dipped into a pleasant reverberant space.

A couple of nice touches have been added to the new mixes, including the short spoken words at the start of “Rhiannon.” Likewise, I kept noticing parts that had previously been buried in the original stereo mix, and now are ever so clear when listening to the 5.1 mix. While I am bummed that this is not a high resolution surround version, little things such as the punchy top edge to the bass still show off the strength of the Dolby Digital codec. Likewise, the dreamy reverberations fil the listening space giving an enjoyable aural palette to feast on.

Just like the track title “Crystal,” the transparency of the multi-channel mix is very clear. As the song builds from its simple opening, the layers comfortably fold in only to very slowly fade away. Fans will also find a bonus of nearly two minutes added to the song “World Turning” vamping out on the groove with noodling solos that accentuate the rhythm. The hi-hat is tingly and the bass drum thumps throughout while vocals rise in the center channel reflecting from the back speakers.

Every song has been tastefully mixed in surround, giving a new level of enjoyment of this classic album. The hi-res LPCM 96/24 stereo remaster of the original album absolutely feels more natural than the compressed remix, and does accentuate the already excellent sounding original mix. I found no edginess, and appreciated the distinct channel separation. In fact, a very careful listen will shed subtle differences that go beyond the obvious of a mutli-channel immersion. These include fuller tom-tom drums, punchier guitars, and adjustments to the color of the reverberation. Naturally a different brush has been used, and this takes me back to my purist favoring of the stereo mix, as it is the sound that I have heard for years. However, that doesn’t make the new 5.1 mix bad, rather it is a new tapestry that certainly should be enjoyed. 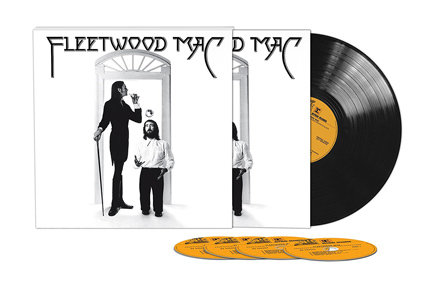 The bonus material on the second CD adds another level of interest for fans and musicians. The early takes of the various album tracks reveal concepts for the pieces that haven’t been fully developed, yet are complete in their own right. These are wonderful representations of the evolution of these fine classics, which also show a level of rawness that bound the pieces before they were polished in their final form.

The third CD in the deluxe edition contains a live concert with rockin’ versions of their hit Rhianin, a heartfelt version of the beloved song Landside, among many other songs. The concert absolutely shows the bluesier side from which this album was born, while marking the dividing line of their sound between the earlier lineup and current lineup of the band.

I have left the vinyl untouched, and instead will only say that in my best estimation it will sound great for those analog spinning enthusiasts. While I wish a standalone version of the Blu-ray with the 5.1 mix was available, I still strongly recommend the deluxe edition of Fleetwood Mac. This is certainly a must have for avid collectors of their works, and any surround sound completist. However, one must still put aside the lack of hi-res surround, and be satisfied with a compressed version instead. If you are unable to get past that, then this box set is not for you.