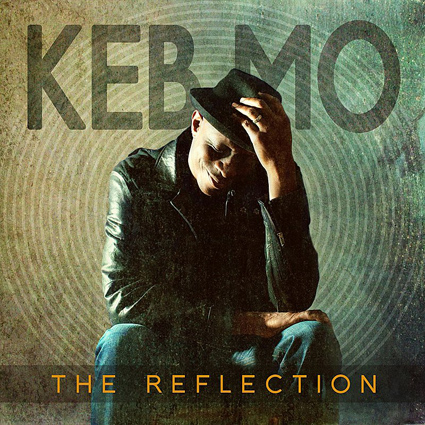 When I first saw the title for Keb' Mo's latest release "The Reflection", I thought it was going to be a greatest hits collection.  Thankfully I was wrong, and it is a smooth collection of R&B songs primarily written by the songwriter.  His first studio release since the 2006 album "The Suitcase", the August 2011 album "The Reflection" is a self-produced album with  twelve tunes that features duets with India.Arie and Vince Gill, as well as performances by Dave Koz, Marcus Miller, Mindi Abair and world-renowned studio musician David T. Walker.

Even with all the guests, he handles or shares lead vocals on every track, he does double, if not quadruple duty, on the majority of the tracks including playing lead guitar on the first eleven tracks, and also plays drums and electric piano on occasion.

Times have changed since his debut release in 1994, and Keb' Mo' has changed with them, shedding his down-home blues-folk leanings in favor of the smooth soul style, the acoustic guitar is scarcely to be heard in this collection, and the blues are a fainter influence. Instead Lush arrangements and soulfulness are the sound of "The Reflection."

The album leads in with  "The Whole Enchilada" which is a smooth mid-tempo soul tune featuring nice bluesy guitar and relaxed funky rhythm work.  A solid bass line and vocals hit the listener upfront and hanging in the back is a lot of aural depth for your ears to dig into.  "Inside Outside" picks up the pace with a bit of a shuffle and at this point you have already realized this is a slickly produced recording with stylish backing vocals and subtle layers that fill out the mix.    The third track "All the Way" slows it down while adding some horns, but felt like it lacked an edge that an artist like Bruce Springsteen could easily bring to the song.  Keb' Mo' kicks it down further on the title track "The Reflection", which reminds me of some later day Steely Dan.  Nothing wrong with that, provided the listener seeks a sultry lazy afternoon playlist.

The soul of "The Reflection" is really felt on his wonderful version of the old standard  "Crush on You," joined by India Arie on vocals, and a super silky version of the Eagles classic "One of these Nights," which is such a divergence from the original that it is nearly unrecognizable.    Vince Gill lends his hand co-writing "My Baby's Tellin' Lies," and is featured on vocals and plays his trademark mandolin.  A kick back up on "Just Lookin'" shakes and rattles the blues a bit, followed by a slow down for "Walk Through Fire" co-written by Melissa Manchester, with the gentle "Something Within" closing out this release.

Sonically Keb' Mo' has always released above average recordings, and this is no exception.  The soundstage is not too wide, yet allows for enough space for the various layers of instruments from keyboards, horns, guitars, vocals and drums.  Nothing is muddled and each element is clear and full.  However, if there was one complaint, the bass and kick drum both feel a bit high in the mix, which is somewhat common on pop releases over the past decade.

Fans of Keb' Mo' will have to decide  if they will enjoy his exploration of new musical territory. While he certainly isn't struggling with the material, the vast difference between his earlier work and these songs, may lead to his fans that are left struggling.

Compact Disc or stream on Spotify. 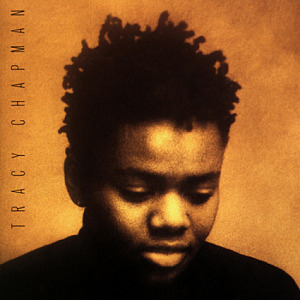