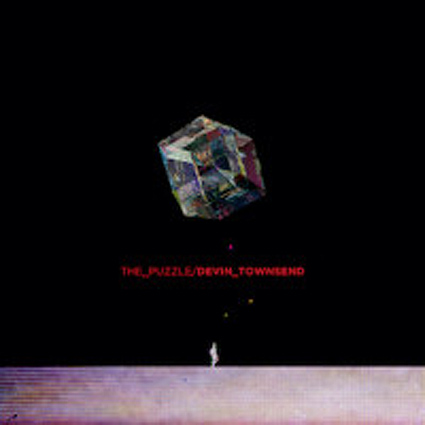 Devin Townsend is releasing his pandemic inspired project titled “The Puzzle” in early October 2021. This 2xCD + 1 Blu-ray is a multimedia project created with some 40 other artists across the internet, documenting the chaos many of us felt during the 2020 - 2021 period. The album contains two pieces of music, the chaotic ‘Puzzle’ and the super chill ‘Snuggles.’ Yet, it goes beyond just the music, as it is conceived and presented as a film, outlining the course of a single day during the pandemic, acted by Townsend, plus animated in the cut scenes to represent an internal dialogue.

Written and recorded in a unique way, Townsend experimented with orchestral arrangements, with the music born from an initial ambient jam which became the basis for the all-encompassing sound. He initially sketched out what he heard in the ambiance and sent the evolving piece out to dozens of brilliant players from all over the world asking them to add their magic touch. This has resulted in an utterly fascinating musical experience, one with a depth of texture perhaps unheard of anywhere else.

Of course, it is the high resolution 5.1 surround version on Blu-ray that is of most interest here and will also be accompanied by video. The friendly priced 2CD + Blu-ray digipack is likely to be your choice edition. But, for all in fans, the Puzzle is also available as a super deluxe edition which contains a 100-page graphic novel, produced and illustrated by Mark Leary, and written by Townsend’s sister, Merridith Townsend. Yet, the graphic novel is a completely different narrative from the film, but with the same basic theme. Ultimately underlining that ‘every person has a unique puzzle, but it is the same process of letting go’.

Sounds great already, eh? And, that was just the first disc! The second album in the set, “Snuggles” has been recorded in the same way, by the same group of people, although with the intention of making something very beautiful and calming. Ideally it will give listeners the solace and comfort to deal with the chaos of these times. It features a beautiful 3D visualizer that is meant to be a balm after the experience of the puzzle.

A final note to fans, Puzzle and Snuggles is not an ‘album’ per se, and for those expecting that, they will have to wait for Townsend’s next record titled “Lightwork” due in early 2022. Instead, this release is more akin to a strange soundtrack that is meant to summarize the bizarre experience we have all shared on a global level and offered as a sprawling multimedia music film, a music and visual experience that is sure to entice one’s senses.