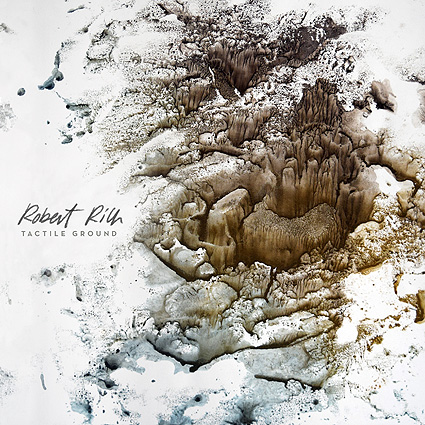 Over the years Robert Rich has released a wealth of ambient and electronic material that utilizes a modern sound while holding true to classic electronic music. His 2019 release, Tactile Ground, was recorded during 2018 at Soundscape in Mountain View. Now fans can find this and several other releases on the relatively new download site Surround Music, which operates similarly to BandCamp, wherein collectors can select from a variety of audio formats to download any of them for one price. However, unlike BandCamp, streaming is limited and best suited to previewing the music before making your purchase.

But, if you haven’t guessed by now, the huge difference is, Surround Music is exactly what the name implies. Every release on the site is available in multi-channel audio, many along with stereo versions. Tactile Ground is no exception and hi-resolution surround enthusiasts can download their copy as a 5.1 48kHz / 24-bit FLAC, or a stereo 96kHz / 24-bit FLAC and even as a 320 kbps MP3 for on the go listening, or when you just want to clearly remember why hi-res sounds so awesome compared to compressed lossy codecs!

As the first part of this two-part album opens, the piano delicately blends in as synthesizers rise from the rear channels. I already feel as though I am floating as this nearly hour long first track begins. Simulated wind that occasionally whistles is balanced with elements that swell and move in and out from the entire soundscape. Just over six minutes in and the sub-woofers finally kick in with deep lows rounding out the bottom. Dynamics subtly go from elevated peaks down to sheer quiet with the chirping of the jungle taking one down into the earth. Take note to how these bird songs fall from the back channels, providing an absolute depth to the mix. Now, I do really feel like I am in the jungle.

One could either pull out their yoga matt or even get a massage to this music, which is literally perfectly time for just under an hour for each of the two parts. However, the texture of Tactile Ground might be too dissonant for some listeners at that level, it does send listeners a little further out from the common soundtrack that one may be accustomed to in that particular environments. But, let’s be clear, that is exactly what makes this piece so inviting, it possesses a fresh take on the ambient genre and really brings it home in the 5.1 multi-channel space.

Every time I listen to the surround version, I turn my head during the section with talking voices that are buried deep down in the mix. They sound so realistic that it seems as though a conversation is occurring quietly right behind me in the room. Rich is a master of using the surround space so freely and creatively, such as the point where the synthesizer swell from the rear right channel, moving counterclockwise around the room, fading and swelling over and over with each rotation. This is precisely how I have always perceived the use of the surround stage, which really presses on the limits of the outer edges.

I so appreciate the pure clearness and transparency of the mix, which is so very evident during the quietest portions. It shows off the reverberant ambience as it widely spreads across the room with iridescent percussive elements glimmering into that space so beautifully. There is both a closeness and distance all at the same time with no shortage of parts immersing the sweet spot, creating a pure aural ecstasy.

The liner notes describe Tactile Ground as having been born of the ideas of finding an animal surface upon which to calibrate one’s humanity. Textures and tones are abundantly filtered from the soundscapes of distant worlds. Rich notes that “Language constricts our sense of self to an illusion of separation. The verb of living, flux and transmutation, expands outward from the middle, concentric ripples on a pond.” As part one concludes, continue on to follow this audiossy through its immersive aural experience, travelling over great distances without ever leaving your listening room.

The second track, and into the second hour of this 2019 release continues with Rich’s in-depth superlative surround extravaganza. Sounds gently move around the surround space, nicely folding into one another, left to right and pushing back from the front channels to the rears as they pulsate in there ever slow movement.

Rich finds new lows conveying sounds that one might equate to crashing waves or even a rumbling snap of an earthquake bursting in the distance. These thunderous bottom-heavy sounds may shake your neighbors’ walls, or possibly knock down your own, but don’t dial back the volume, instead revel in the deep richness of the lowest frequencies as they drill down into the ground.

The detail of each generated wave sound of the synthesizer is so refined, exuding a lovely nuanced flair is so easily distinguished as the envelope changes both in timber and dynamics The top end is vivid without being sharp or harsh, while the mid-range is really full flowing all the way down to the rigorous low-end that occasionally shakes you from any slumber that you may have drifted while listening. Tactile Ground is a mesmerizing two-part piece WITH haunting moments, leaning towards a sci-fi soundtrack. Yet, there are moments when the music evokes a completely spiritual nature, such as when one hears the bells and flutes. Rich takes this ambient piece and expands it across all of this genre’s boundaries using the full dynamic range and surround space to engage the listener.

Sorry to say, for those who do not have full range speakers in their back channels, this album will lose some of its revelry at the low-end, since it demands the abilities of a speaker capable of reproducing the entire audible spectrum. Of course, this then becomes a perfect reminder of why an audio file who enjoys surround wood and should have four matching speakers and a high-quality center channel, plus a powerful sub-woofer too! Certainly, this will raise any listeners enjoyment of both classic quad and modern-day surround mixes such as this latest work by Robert Rich, along with several of his previous surround albums too.

Tactile Ground has parts that really sound like a movie soundtrack, especially with their eerie effects that include chirping, crackling, or even whistles. The starkness of this transparent mix is purely delightful and the spaciousness of the mix is fantastic with parts emanating from the most distant points within the space. While I find it very relaxing, the overall piece has a sound that might leave some listeners on edge. There are some shockingly loud moments that pour from the back channels, and some may feel these are out of balance. Yet I feel they are completely intentional, drawing me further into the piece. Furthermore, these high dynamics once again demonstrate the resilience of a 24-bit recording with its dramatically improve dynamic range compared to the standard 16-bit Red-book CD.

For stereophiles, the two channel 96kHz / 24-bit version maintains the high-quality sound of the surround mix with a few caveats. Of course, the spatial dimensionality of the 5.1 mix is flattened to two speakers with excellent channel separation and a soundstage that tends to extend in front of the speakers rather than fall behind them. Balance continues to be phenomenal, but I do miss the grinding bottom end that drills down from the sub-woofers. I generally feel listeners will get much more out of the surround mix, but the stereo mix clearly conveys the artistic detail of this release and doesn’t demand that one have a surround system to fully enjoy Tactile Ground.

In some ways, this is a demanding piece to listen to, there are so many subtle aspects feeding your aural eye, it realistically shows how a musician can paint an amazing picture through the sculpting of sound. This is a must have for audiophiles seeking ambient surround mixes and for any fans who follow the great work of Robert Rich who has used Synthesis Technology such as, Old Crow, STG, L-1, Intellijel, Sequential PX & P12, Haken Continuum, LeafAudio Soundbox, lap steel, along with flutes, piano, plus other odds and ends to create Tactile Ground.