Fans of Robert Rich are sure to be delighted at the three Blu-Ray standalone discs containing material written and recorded over a dozen years. His ongoing wealth of ambient and electronic songs utilize a modern sound while holding true to classic electronic music. These Blu-ray discs include both a 5.1 surround mix 48kHz / 24-bit LPCM and 2.0 96kHz / 24-bit mix, each with three complete albums. The discs are all BD-R made as Disc-on-Demands by Printz Music Studio and available exclusively through Surround Music One. Engineer and site owner Jan Printz comments about the BDR-s, “they will never expire, nor will there be a need to destroy an excess, as happens sometimes with large quantities of factory-made discs.”

Having listened to a couple of the surround mixes found on this collection, I can firmly say that surround enthusiasts should find themselves encompassed with a wash of sound from all corners. Dynamically ranging from discrete subtleties to full on absorption, each of the albums within this three disc set should easily take ambient fans into worlds outside of their listening space.

This is certainly a deep dive into one of the most revered ambient artists, taking listeners into a myriad of spaces, fully encompassing fans as they relax in the sweet spot. I recently reviewed his 2019 release “Tactile Ground” which I summarize here as an immersive aural treat. With eight additional albums to explore at a reasonable price per set, I am sure fans will find it hard to resist picking up a copy. All albums feature the still picture of the album front cover while the tracks are playing, except Atlas Dei having 2 pictures from the movie for track 1 to 8.

Previews and further information available on Surround Sound One from any of these three Blu-ray purchase links.

3 Blu-rays, sold separately, with both 5.1 48k/24-bit PCM and 2.0 96k/24-bit PCM mixes.  Each album is also sold individualy as a FLAC download in both surround and stereo at the same high resolution quality. 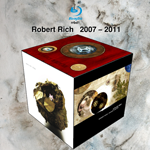 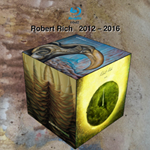 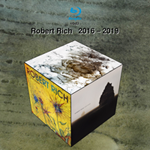