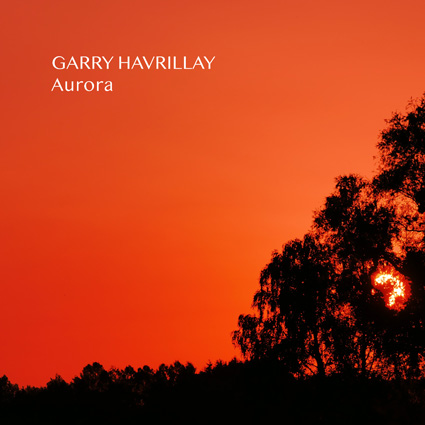 Aurora is the third album from composer and musician Garry Havrillay. Whilst this release becomes his first to appear on Blu-ray containing both PCM and DTS 48kHz / 24-bit 5.0 surround and stereo mixes, Havrillay by no means is new to the multi-channel world. He has two earlier releases available as DTS CD’s, and Aurora is also available to listeners who still prefer the DTS CD format. Aurora contains the soundtrack to an experimental hybrid-animation video, uses the natural radio 'music' of the magnetosphere as foundational sonics, and explores deep mesmerizing ambient loops. Across the four tracks on this 2019 release he makes heavy use of keyboards, percussion synthesizers, zither, acoustic and electric guitars, hand drum, many wild sounds, and a myriad of effects.

I immediately found that Aurora goes far beyond the bounds of ambient, taking on aspects of electronica and environmental soundscapes. Rhythmic patterns infiltrate the dreamy synthesizer waves, creating an engaging listen, spiking throughout each piece with delightful ear candy. For surround enthusiasts the album quickly shows off that it is an absolute gem, with plenty of movement around the 5 discrete channel, creating a full immersive experience.

The opening track “Atrophy” jumps right in with delayed elements shooting across the back and Movement is further extended with parts swooshing from the left to the right along with rhythmic beats that move from the front to the back and vice versa. The distinct use of the back channels fairly evenly distributes the sonic weight around the room. Early on I was missing the center channel, but suddenly percussive chimes popped up and go on to disappear as fast as they arrive. In many ways as I dig deeper, I feel that Aurora is a great quad mix that extends itself by using the center speaker.

Cascading waves of naturalistic sounds pulsate from the rears throughout “Fragments of Memory,” rising and falling back down, all while a slowly evolving Pattern of multiple tones slowly penetrate from the front channels. An eerie rain forest sensation swirls from the front accented by an openness that reveals itself as a bird calling. Overall, the clarity is well defined, and the transparency of the mix is ample. I keep coming back to the sonic quality of the immersive discrete mix which flows all around me, with sounds flowing and sparking from all directions. Quadraholics, like me, will surely enjoy the insect like sounds that whirl around the room, making it so apparent how much detailed has been paid to the surround mix.

Admittedly, I am a bit surprised that the subwoofers have not been utilized on this recording. However, I actually appreciate that choice, since I feel the mix is a nod to the quadraphonic era, and I certainly do not find anything sonically missing. Even the thunder rolls and other deep grinding sounds are richly present.

The title track by far is the most dynamic piece on this 2018 release, employing the auroral natural radio recordings of Stephen P. McGreevy as source material. Starting with what sounds like a crackling fire burning from the center speaker, a rhythmic orchestration glides in across the front channels while numerous bird like sounds streak across the back channels. As the piece continues, the meditative orchestration elevates in volume and the crackling fire flies off to the left and right channels as it continues to snap, crackle and pop.

For fans of Brian Eno, Jon Hassell or modern day electronica musicians such as Tiësto, Robert Rich and Thom Brennan; one should find much comfort in Havrillay’s music. His compositions are all well executed and absolutely make for a fantastic aural treat.

The fourth and final track “A Captivating Sky” is a dark and mesmerizing ambient piece that maintains the immersive soundstage of the previous tracks. Synthesizer washes flow across the back channels and swell from the front to the rears. A tingling iridescent glow emanates from the back wall, filling the room with shades of tonal discord.

For stereophile an MLP 48kHz / 24-bit MLP two channel version is also available on the Blu-ray. The overall stereo mix maintains the same high sound quality of the surround mix, but for me it lacks the impact of the spatial separation that is so well defined across the five channel version. Some aspects like the bird sounds simply lacked the dynamic breadth that I felt punched through so nicely in the surround realm. Yet, if one never hears the surround mix, they will stil come away extremely pleased with the transparency and the ample magnitude of this version.

Of course, I must stress that I certainly recommend picking up the Blu-ray which goes beyond the level of detail found on the compressed DTS CD. And yes, this is yet another reminder that here is another reason to upgrade your electronics to encompass yourself with high resolution music. Aurora is the one album that is certainly worth picking up for ambient an electronica music fans. Ears up, any surround sound enthusiasts seeking a delightful aural experience are strongly recommended to get your copy while they last! I truly consider this ecstasy for both the ears and mind. Let us be clear though, this is not dance party music, nor melody driven tunes, rather these four pieces strongly dive into the soundtrack world with a fantastic downbeat and introspective slant.

Blu-ray with both PCM and DTS 48kHz / 24-bit 5.0 surround and 2.0 stereo mixes.  Also available on DTS CD or as stereo lossless download. 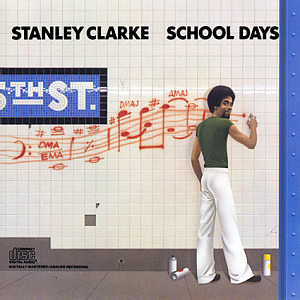 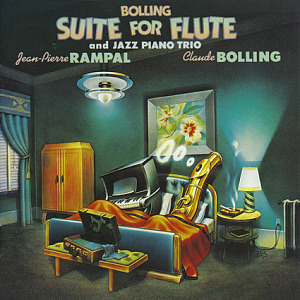