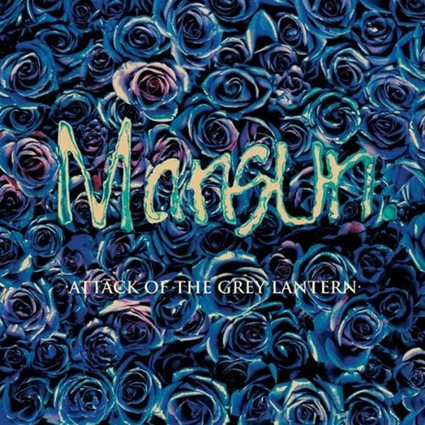 In the Spring of 2018 K-Scope announced the release of the 21st Anniversary deluxe 4 disc edition of the debut album by Mansun titled “Attack Of The Grey Lantern.” Fans have described the album as a brilliant hybrid of cinematic Art Rock and soaring melodies which contain the ageless anthem “Wide Open Space,” which reached #1 in the UK charts on its 1997 release.

Fans will find 3 CDs and a DVD-V (NTSC Region 0) packaged in a hardback book with remastered audio from the original master tapes by Jon Astley containing the original album, a second disc packed with previously unreleased demos, rarities and outtakes from the band’s archive, plus a third disc featuring BBC Radio 1 session tracks from 1995 and 1996 that have not been available since their original broadcast.

But, here at Hi-Res Edition, it is specifically the DVD that is of interest. Surround enthusiasts like myself are excited to hear this disc which includes the first ever 5.1 surround mix of the original album in DTS 48kHz/24-bit 5.1 and Dolby Digital AC3 5.1 by long-time Mansun collaborator P-Dub. Also included is a high-resolution stereo version 48kHz/24-bit LPCM along with 8 original promotional videos.

A side note before I get into the audio review, this Manson deluxe edition is packaged identically to the deluxe editions of The Pineapple Thief “Your Wilderness,” Katatonia’s “The Great Cold Distance,” and Gong’s “Rejoice, I’m Dead,” At 11 x 11 inches, it nearly approximates a vinyl record with plenty of large photos, easy to read text, and a nice hard cover feel, but this adds to the costs that have been passed down to fans. I am very mixed on this design. Now let’s talk about the audio quality.

For immersionists, don’t be fooled by the front centric mix with light ambience which opens “Attack of the Grey Lantern.” By the second track “Monsun’s Only Love Song” the back channels carry a bit more weight with backing vocals synth swirls, and other ambient elements. However I absolutely believe a lot more could have been done to expand the surround experience, leading me back to noting that generally this is a front focused mix.

I even found the soundstage to be somewhat narrow, yet it falls deeply further from the front channels with nice separation of Paul Draper’s lead vocals which thrust from the center channel expanding to the rears. Dynamics are moderate and likely squashed purposefully to obtain a more even perceived volume. This doesn’t mean there aren’t any dynamics, rather that drums and guitars appear to lack a spike created by the fast rise and slew of these percussive instruments.

Now, unfortunately to my ears the entire surround mix is a bit too bright, specifically in the upper mid range, not the higher frequencies. While there is plenty of lows and clarity in the low midrange, the push in the upper mids cause the mix to sound somewhat thin and it exhausts my ears as I continue to listen.

I can solve much of these concerns noted above by switching from the DTS codec to the Dolby Digital layer, but I also know technically that I am sacrificing dynamics. Yet, as sad as this will sound to high resolution enthusiasts, the Dolby Digital sounds much better practically on all fronts. In fact the back channels come to life and I realize that there actually is a vibrant surround mix that has become lost in the mastering of the DTS codec. Additionally the upper midrange is not elevated, allowing for a much improved balance across the frequency spectrum. Yes, DTS has always been considered a step up from Dolby Digital, but when mastering gets in the way, comparative listeners like myself may find themselves flipping to a non-preferred codec.

Sadly the LPCM Stereo version suffers from the upper midrange bump that leads my ears to an unhappy state. Without any earlier versions on hand, I can’t say if this even approximates the original release, but I can say I enjoy the music, just don’t care for the general sound quality.

With all of this in mind, I can only recommend the deluxe edition for completists and absolute fans of Mansun. Surround enthusiasts will have to weigh the cost benefit for a mix that is doesn’t really hit the mark for immersionism. Finally, I can’t see a stand alone DVD surround release in the future, so if you want to collect this limited edition, get it before it goes out of print. However, while some purchasing restrictions for delivery to North America still exist, Amazon USA now carries it, and I pre-ordered my copy from the band’s web site.