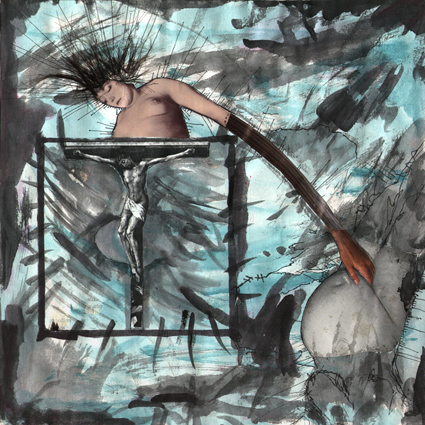 Last summer I reviewed the “Will to Live” 5.1 remix by Amor Fati, and due to its success, he is planning on reissuing his entire catalogue in one of the highest formats currently available, Blu-ray 96khz/24-bit 5.1 and Stereo.

Amor Fati teamed up with Vandal X for his second album “Against Nature” which was originally released on vinyl by Flesh Records in 1986, and quickly sold out its print run of 1,000 copies, never to be reissued until now.

The band thrived in the culture of City Gardens in Trenton, NJ where the duo opened for Henry Rollins, the Fall, the Gun Club, and the Butthole Surfers, among many others. City Gardens was New Jersey’s answer to the famed CBGB’s in New York City, allowing for immense creativity from musicians.

Originally recorded to 2" 8-track by Greg Frey of Graphic Sound, And recently transfer to high resolution digital 96kHz/24-bit by Sonicraft A2DX Lab, in Freedhold, NJ, Fati went on to separately mix both the 5.1 and 2.0 versions at his home studio Future Sounds Mastering. Fati says, “It does not sound good to just collapse 5.1 to stereo, there are things that disappear or appear that shouldn't be there. It's two ways to mix and listen and even the mastering is different. Plus, many times I had to go back and EQ a track differently when I was mixing for 5.1 compared to stereo.” He told me his favorite audio plugins are from Universal Audio, Slate, FabFilter and Brainworxs.

Listeners have a choice between DTS HD Master Audio or LPCM for the 5.1 mix, and I could hear no difference between either codec. In common modern day surround style, the primary thrust of the music penetrates from the front channels, while drums also pound from the rear then slowly moving around the room on the opening track “A Million Arms.” Fati has incorporated a very tasty use of the rears on the second track “Underbreath” accentuates the squealing noises which shoot from the front outward to the back left and right channels

The energetic third track “American Girl” fully immerses the listener with vigorously strummed guitars slicing from the back right channel and zippy drums pounding from the front center. Distorted throaty vocals pour out of the center channel with excellent distinction while the remaining instrumentation spreads across the soundstage. The overall clarity is snappy with a brilliant sizzle at the top, which certainly seems very intentional. There is a great punch and good dynamics that elevate the impact of the songs throughout the album.

the Blu-ray also features abstract videos to accompany the music, These eye candy video graphics amplify the wild creative edge to this already somewhat dissonant music. Often times there is an element that grows and shrinks along with the beating of the drums, along with moving backgrounds and other slower changing graphical elements. Fati combined the digital and analog world by drawing in pen, watercolor and ink. He then animated with Adobe After Effects, using certain parameters to react to specific frequencies of the drums. He says, “like a moving canvas. I was aiming as if I was going to hang this in a museum. Each transition could be a canvas and not a motion graphic of the total "eye candy" variety.” Trust me, you don’t need to be medicated to enjoy this, but if you are, your experience may truly be extraordinary.

Both the title track “Against Nature” and “Go Under” absolutely make exhaustive use of the back channels with sounds crisscrossing between them. I continue to find the overall clarity to be extremely good, with plenty of headroom and defining character to each of the instruments. Bass hungry listeners will find a solid bottom that is not overbearing, allowing for the balance of the music to fully be realized.

Against Nature is a very drum centric experimental release that has some similarities to a blend of the band My My Life with the Thrill Kill Kult and avant-garde musician Anthony Braxton. Topically fascism, religion and mediocrity are covered in the lyrics, underpinned by noise with impactful disjointed rhythms that stretch far beyond the punk and thrash music of the era. For simplicity, it may be easiest to say that Against Nature can be place into the Industrial genre that was also surfacing back then.

Two bonus tracks which have never been released before have been included at the tail of the album, these include “Resolution #1” and “Underbreath (v2).” Check out the rotating pictures and reviews that provide more insight to the history of the band.

Recommended for fans of noisy industrial music, and especially for surround sound enthusiasts who seek ear candy. Available through BandCamp and other online retailers. 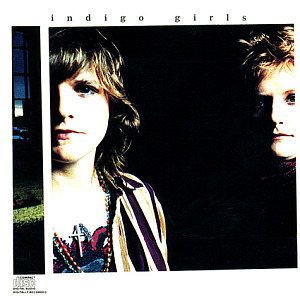