Tears for Fears - The Seeds of Love - 5.1 Blu-ray surround release 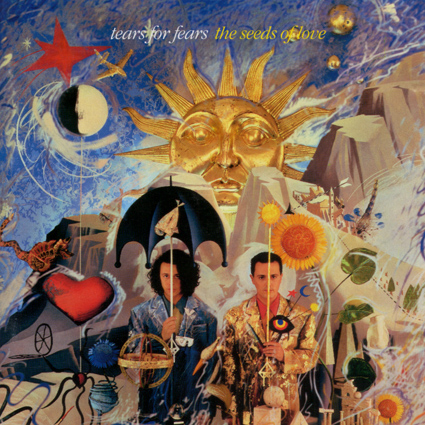 Considered one of the greatest albums of the 1980s New Wave era, Tears for Fears “The Seeds of Love” has been released as a limited deluxe 4 CD + 1 Blu-ray box set. High resolution and surround enthusiasts are delighted that audio engineer Steven Wilson has remixed the album in 5.1 in conjunction with band member Roland Orzabal. The five disc set also contains a high resolution transfer of the original stereo mix, plus B-Sides, alternate mixes and around 60 minutes of previously unheard demos and live rehearsals across the various CD’s.

The set is housed in a shoe box style box with an extensive booklet by Super Deluxe Edition editor Paul Sinclair featuring new interviews with the band and other players on the album. The box additionally contains a tour program from the era.

I placed my order for this set, and like many Stateside immersionists never received my copy. While pre-orders were accepted, these have been subsequently cancelled by many mainstream retailers. It is tough to speculate on what happened, but the best guess is simply that the label under -estimated the demand and failed to order enough copies from the manufacturer. Obviously, there is hope for a second printing, or even a standalone Blu-ray similar to what was subsequently available for Songs from the Big Chair surround release a few years ago.

For those of us who are waiting, the word on the street is the mix is fantastic, and like the previous Wilson surround mix and original recordings, the sound quality is top shelf. At this time, without a crystal ball, collectors who are willing to shell out for copies on the resale market may wish to do so sooner than later. On the other hand, waiting may be the best plan, as presently Burning Shed has not yet removed their listing and have provided a link to be notified when new stock is available.

Blu-ray with 5.1 surround and stereo mixes, plus 4 CD's including bonus material.  Also available on vinyl and compact disc, digital download, and through streaming services.