For consumers the great news is the Blu-ray Disc has won a brief format war with its now dead competitor, HD-DVD. Known as BD for short,, the Blur-Ray Disc was designed to supersede the DVD format. While BD's are the same size as DVDs and CDs, they contain 25 GB per layer, with dual layer discs (50 GB) the norm for feature-length video discs and additional layers possible in the future. The name Blu-ray Disc refers to the blue laser used to read the disc, which allows information to be stored at a greater density than is possible with the longer-wavelength red laser used for DVDs.

Blu-ray Discs may also come with a digital copy in which users can download the music or movie to a portable device capable of operating with a file in contrast to a DVD. Digital copies may be used on iPods, iPhones, and iPads, as well as other tablet and smartphone devices. Audiophiles will enjoy lossless quality file formats such as FLAC or Apple Lossless when downloading music releases that include digital copies. These can be used on any computer and many portable players. Unfortunately over the years very few releases have included a lossless download offering, leaving consumers with the task of ripping Blu-rays for portable use.

For audio, BD supports the compressed Dolby Digital (AC-3) or DTS codecs. Optionally, publishers may support Dolby Digital Plus and DTS-HD High Resolution Audio as well as lossless formats Dolby TrueHD DTS-HD Master Audio and Linear PCM, plus the recently introduced Dolby Atmos and DTS-X. It is these lossless formats that are typically sought out and reviewed here on Hi-Res Edition. BD-ROM titles must use one of the mandatory schemes for the primary soundtrack. A secondary audiotrack, if present, may use any of the mandatory or optional codecs.

Here at Hi-Res Edition we seek high resolution audio and high definition video to enjoy releases in the best way possible. While multi-channel audio is available for up to 8 descrete channels, many titles are still releasing material in 5.1 surround sound. It is rare to find a music release in anything greater than 5.1 at this time, although with the introduction of Dolby Atmos and DTS-X this trend could change.

We look for releases that include one of the Lossless formats, and most titles include at least one of these audio streams using 24 bit sample depth and a 192 kHz sampling frequency for six channels or more and supported by Dolby Digital Plus, DTS-HD High Resolution Audio, Dolby TrueHD, DTS-HD Master Audio, LPCM, Dolby Atmos, and DTS-X. While Lossless is preferred, the runner ups can sound very good and typically include 5.1 channels at 24 bit sample depth, with a 48kHz sampling frequency. These high-definition audio streams include, Dolby Digital, Dolby Digital Plus, DTS Digital Surround, DRA, and DRA Extension. 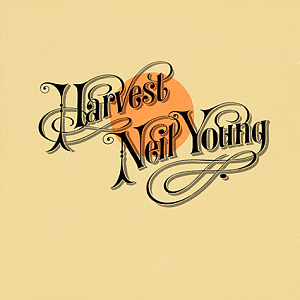