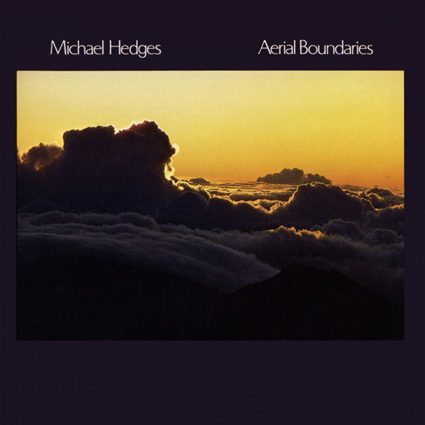 Considered one of the most important solo acoustic guitar instrumentalist, Michael Hedges was a core artist on the prominent Windham Hill new age label in the early 1980’s. He released a string of albums utilizing his unique hammer on finger style, which went on to become a common playing technique for future guitar players. Hedges had a way of sounding like multiple guitarists playing all at once with songs rooted in old-American folk and other world beats.

His second album, “Aerial Boundaries,” remains a favorite and is a perfect one to tuck into your treasure chest. The key is the incredible live and in person feel of this recording which features Hedges playing live in the studio. The audio engineers have captured the essence of his performance bringing it right to your listening room, um, I meant on the beach on the deserted island where you won’t tire of waiting to be rescued with an album like this in your possession. Arial Boundaries is an absolute must have for listeners of new age music, and you’ll easily fall under its spell over and over again.

While the Compact Disc and Vinyl versions sound fantastic, the true audiophile edition is the out of print SACD from Audio Fidelity.

Compact Disc and SACD or Vinyl with some searching.