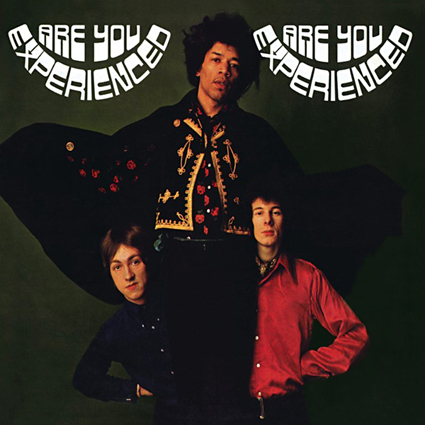 When Jimi Hendrix released his debut album “Are You Experienced?” back in 1967, it immediately became part of rock and roll history, and remains one of the definitive albums from the psychedelic era. His stunning synthesis of various elements were on the cutting edge, sounding both futuristic while still rooted in the blues and soul. Of course, his mind-boggling guitar work turned guitar players of the time upside down, extending the edge of experimental British innovators like Jeff Beck and Pete Townshend, all while creating his unique sonic territory with feedback, distortion, and sheer volume.

It is these above reasons alone that make Jimi Hendrix a must have for any Desert Island Collection. Much of his material is worthy of adding to your booty, but the standout still remains his debut release. Still, even his great guitar playing would not have meant much without his excellent writing, whether it is his psychedelic frenzy “Foxy Lady,” ”Purple Haze,” or instrumental freak-out jams “Third Stone from the Sun,” the blues driven “Red House” and “Hey Joe,” that each of which demonstrated his breadth of songwriting talent. This is truly a treasure chest of Hendrix's very finest, but also continue to follow his later albums on which he rapidly develops his incredible style. With these in your collection you will easily forget that you are stranded on an island thankfully with great music like this that will always set you free.

NOTE: The album artwork pictured above is the UK import version, which I prefer over the USA cover art.