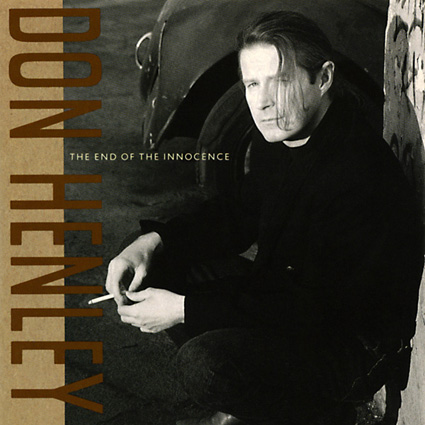 By the time Don Henley got to his third solo album “The End of the Innocence,” his politics had become much more prominent. This ended up resulting in his biggest hit since leaving the Eagles. The album was co-written and co-produced by keyboardist Bruce Hornsby, offering fans an unabashed mission statement for an album that surveyed '80s America.

Not only are the songs across the album pure genius, the sound quality is outstanding and the mix impeccable. This blend of top notch writing and recording ultimately ended up sending five singles to Billboard's Hot 100 and remains a favorite decades later. Now while lost on your desert island the unraveling of the American social fabric may not be too much of a concern, but upon your return, the nation is likely to look quite different. So, brush up and cement in your mind that it has turned to everyone for themselves, and rescue from the desert island may come at a cost. Still this album will move you with each listen, and will give you something to ponder while waiting for a boat to take you back home.

CD, Vinyl, and Cassette editions, and with some searching a DVD with 5.1 surround sound. Also available through streaming services.