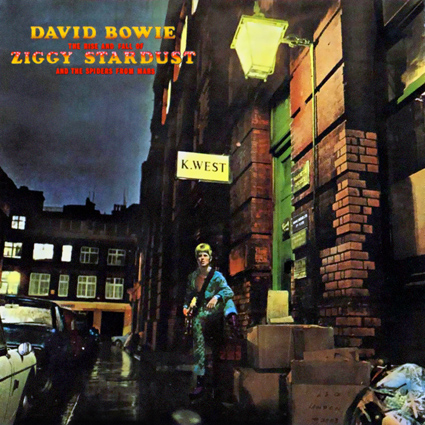 Honestly, many of David Bowie’s albums easily qualify as desirable for a Desert Island Collection, but his most thematically ambitious album, The Rise & Fall of Ziggy Stardust and the Spiders From Mars, unites the strengths of his earlier works while building on a conscious quest for trendy decadence. While Lady Stardust himself had likely more to do with androgony’s in rock than any other individual, at the time of release he had never made his sexuality anything more than a natural and integral part of his public self.

Bowie managed to get this sensibility concisely on this album, all through employing a wide spectrum of styles while delivering a boggling variety of vocal nuances. He thoroughly commands the elements of rock & roll, emerging as a series of pieces to aurally excite the ear. Affectionally known as Ziggy Stardust by fans, the album was a precursor to many years of fantastic releases that followed. Yet, this remains a favorite, still considered the starting point for any collector. If a surround system is available on the island, look for an out of print SACD with a 5.1 mix to fully immerse yourself with this award winning album.

Available on CD and Vinyl, also look for the SACD edition with multi-channel mix.