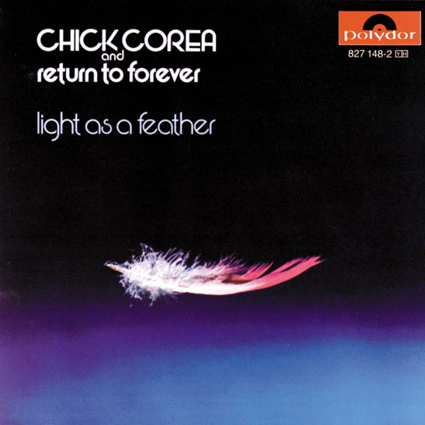 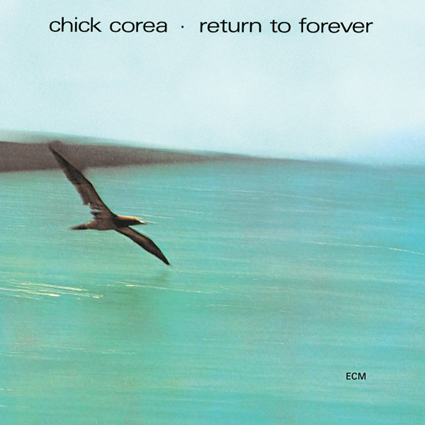 The first two albums of Chick Corea’s “Return to Forever” was comprised of the same members with Chick Corea, Stanley Clarke, Airto Moreira, Joe Farrell, and Flora Purim teaming up over two sessions in 1972. Yet, the earlier session in February of that year wasn't issued until after the band had changed in 1975, but their October session went on to become the bands 1973 Light as a Feather release. Both records stand out as five-star albums, showcasing many of the keyboardist's long enduring melodic and recognizable compositions. The blending of Farrell's delightful flute, Purim's heavenly vocals, along with the electrifying percussion of Airto, and Clarke's skillful loping electric bass lines have all been wrapped up in a mixture of Brazilian samba and jazz leading toward fusion. Of course it is Corea's Fender Rhodes electric piano that set the tone on both Light as a Feather and the later simply titled Return to Forever.

These great sounding albums include Corea's most definitive song of all time, “Spain,” which retains the quirky melody, handclapped interlude, incredible dynamics that include exciting jam section, and variation in time and tempo. Another favorite is the groovy and slightly Latin pop driven “What Game Shall We Play Today?,” which may be a question you’ll be asking while waiting for a rescue boat. Still these albums are a pivotal beginning of his career as the most popular contemporary jazz keyboardist in history. Both are all very warm, light, and airy, like a soft breeze on a tropical beach, standing up as some of the most imaginative and distinctive early fusion recordings, a certain must have in your Desert Island Collection.

Available on CD and Lossless Download.  Vinyl and Cassette versions may be found with some searching.

Light as a Feather